Zecc has completely transformed the former Jongenspatronaat, or friary building, built in 1916 in the centre of Tiel. KleurrijkWonen housing association commissioned the design of 16 residential-care units and support spaces for residents of the Prezzent healthcare institution. In 2019 the structure was in a dilapidated condition. Though it had lost its function, it remained of cultural and historical value for Tiel because of its monumental facade. Accommodating the new programme called for a rigorous intervention that respected the existing building. The front facade has been fully renovated and details that had vanished over time, among them the tall bay windows and eaves, were restored to their original condition. The new spaces align wonderfully with the distinctive front facade. The modern and sleek insertion contrasts with the existing building thanks to the light brickwork, but details that echo the characteristics of the historical facade ensure that old and new blend harmoniously.

Apart from the main volume, the project includes the former house next door, which merges seamlessly into the streetscape in terms of scale and typology. Just like the larger building, this small structure was in a run-down and neglected condition. In the new scheme the interior walls and first floor have been removed and the house converted into a bike shed for the new residents of the care apartments. The facade of the bike shed, and hence the original street profile, has been restored. The two buildings now frame a passageway leading to the back garden. The construction work was carried out by De Bonth van Hulten. 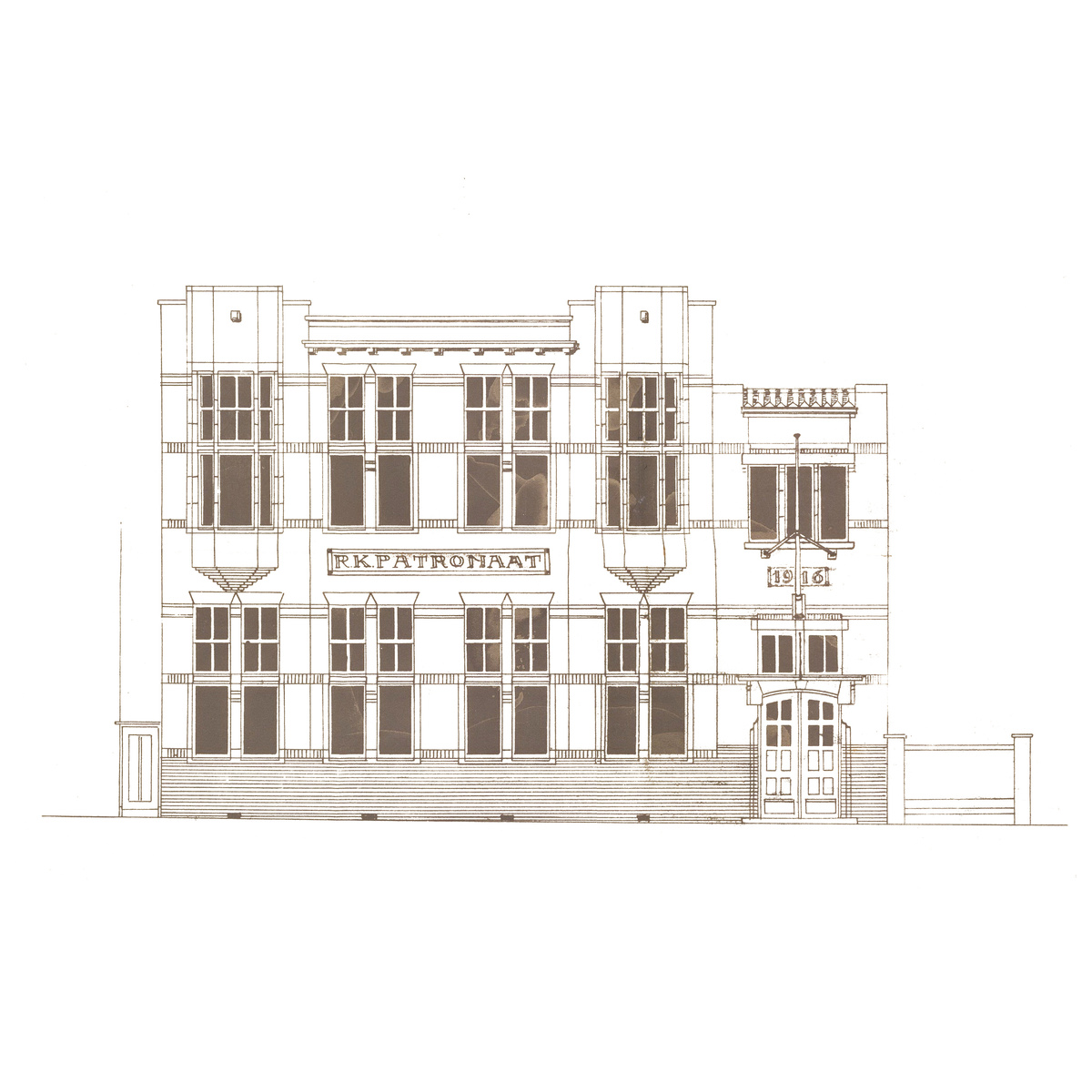 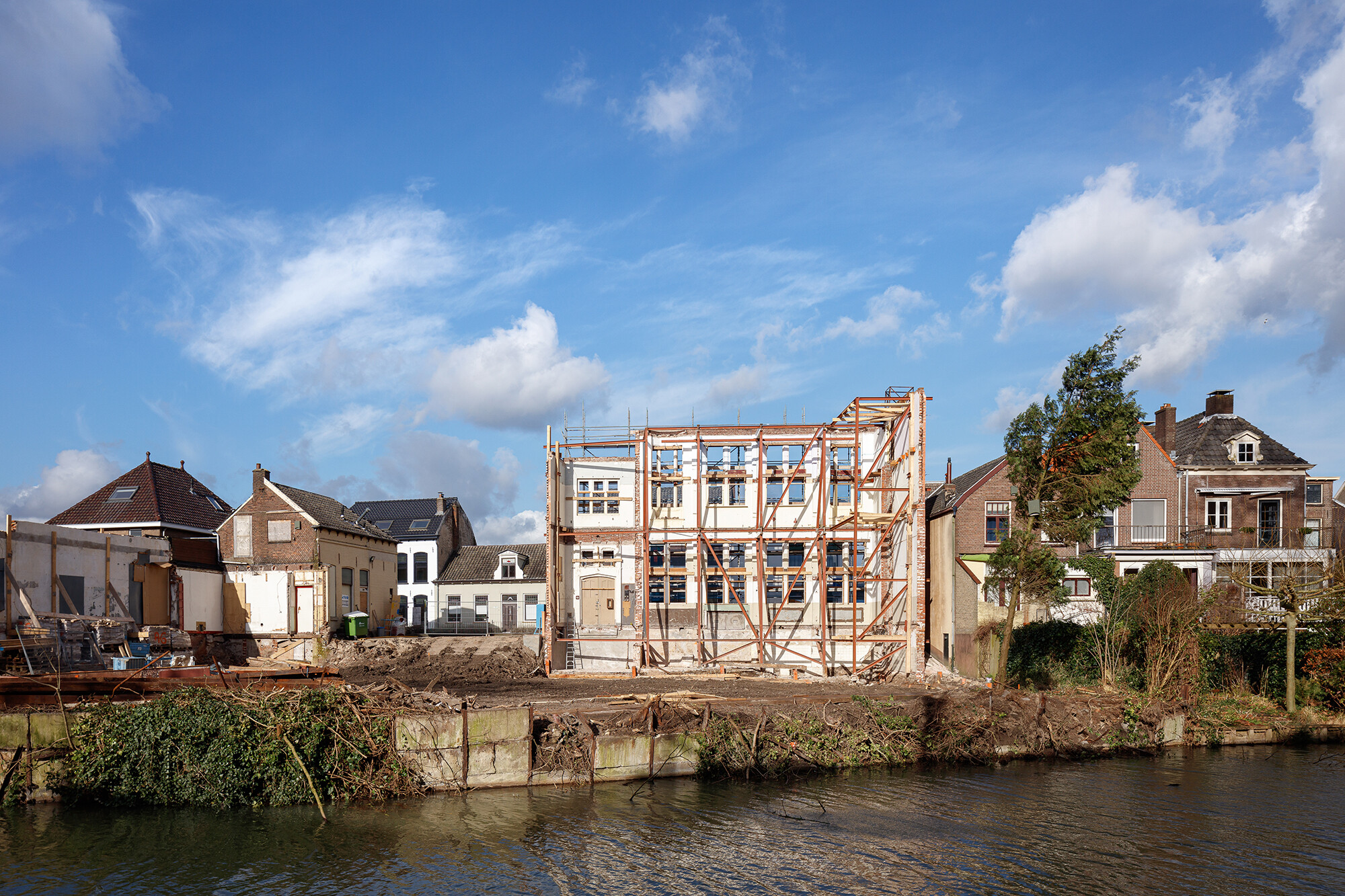 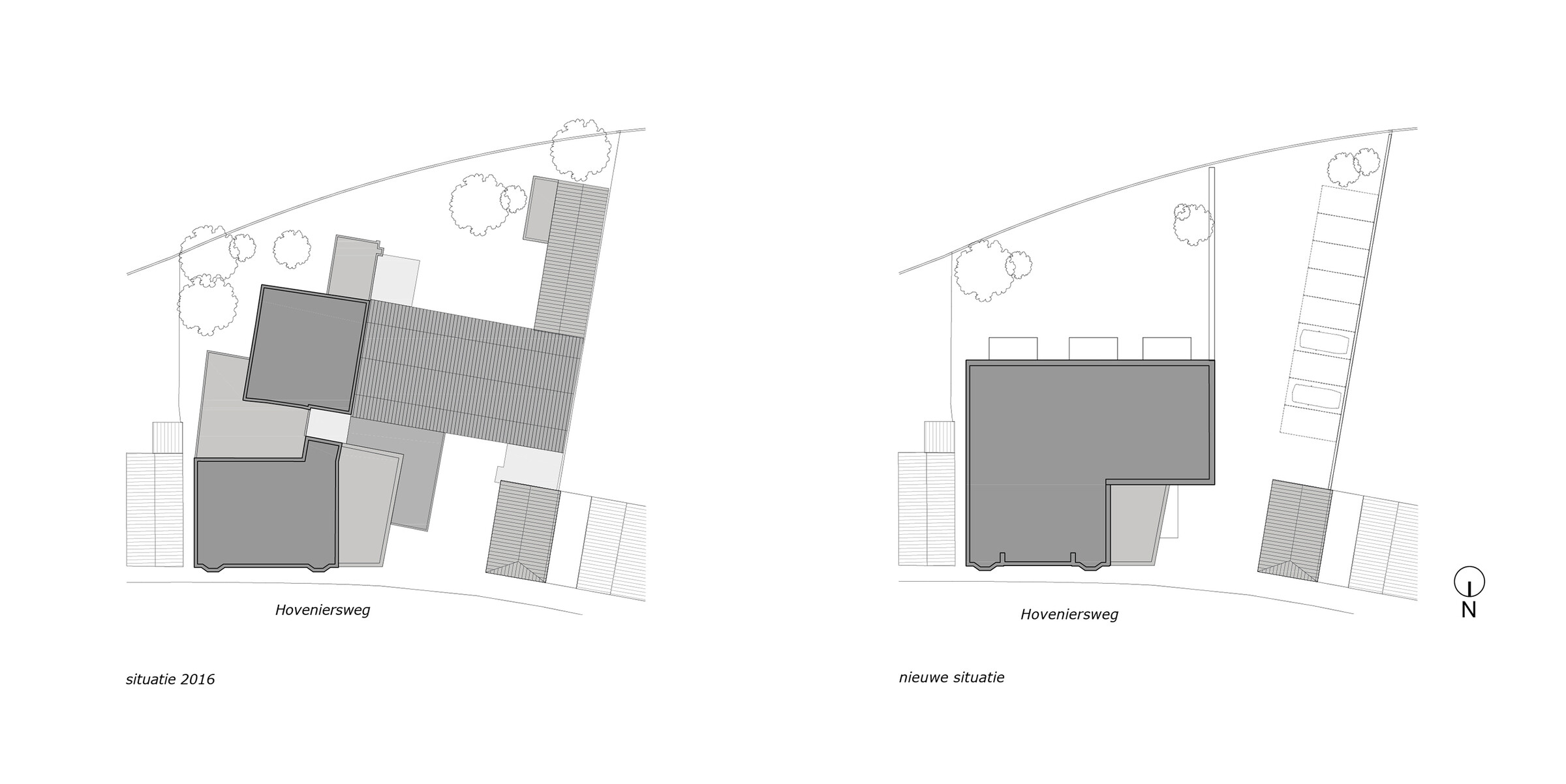 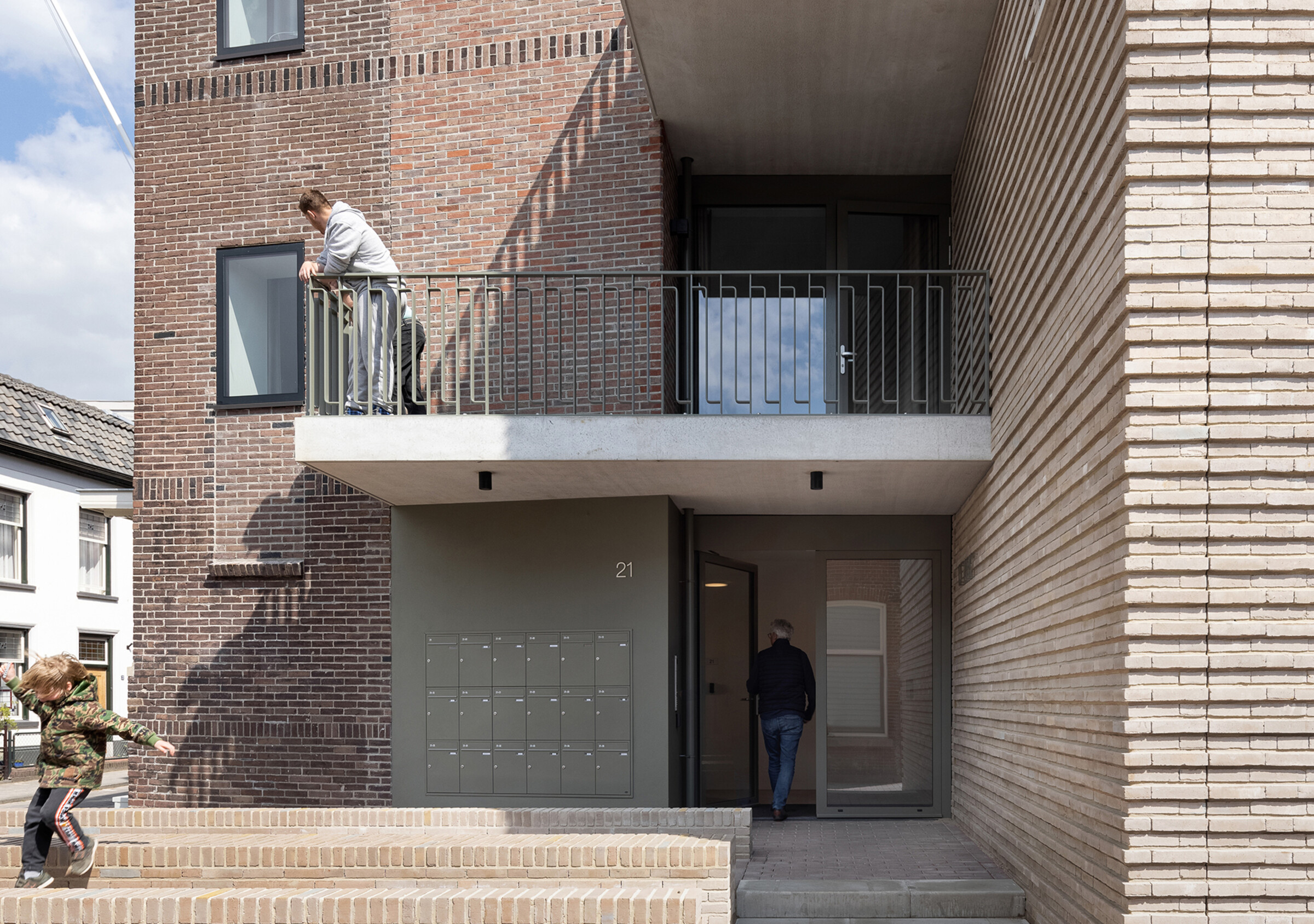 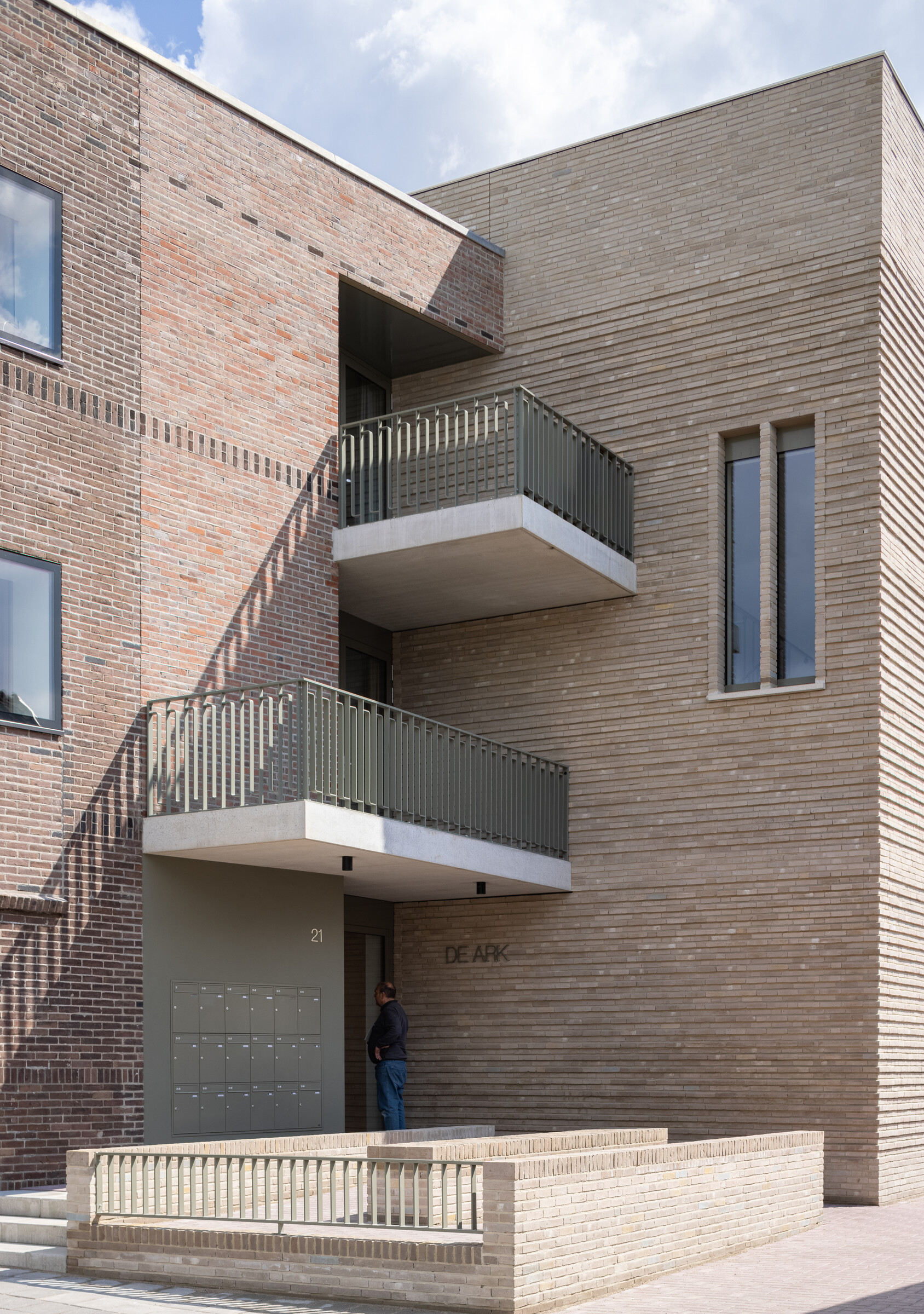 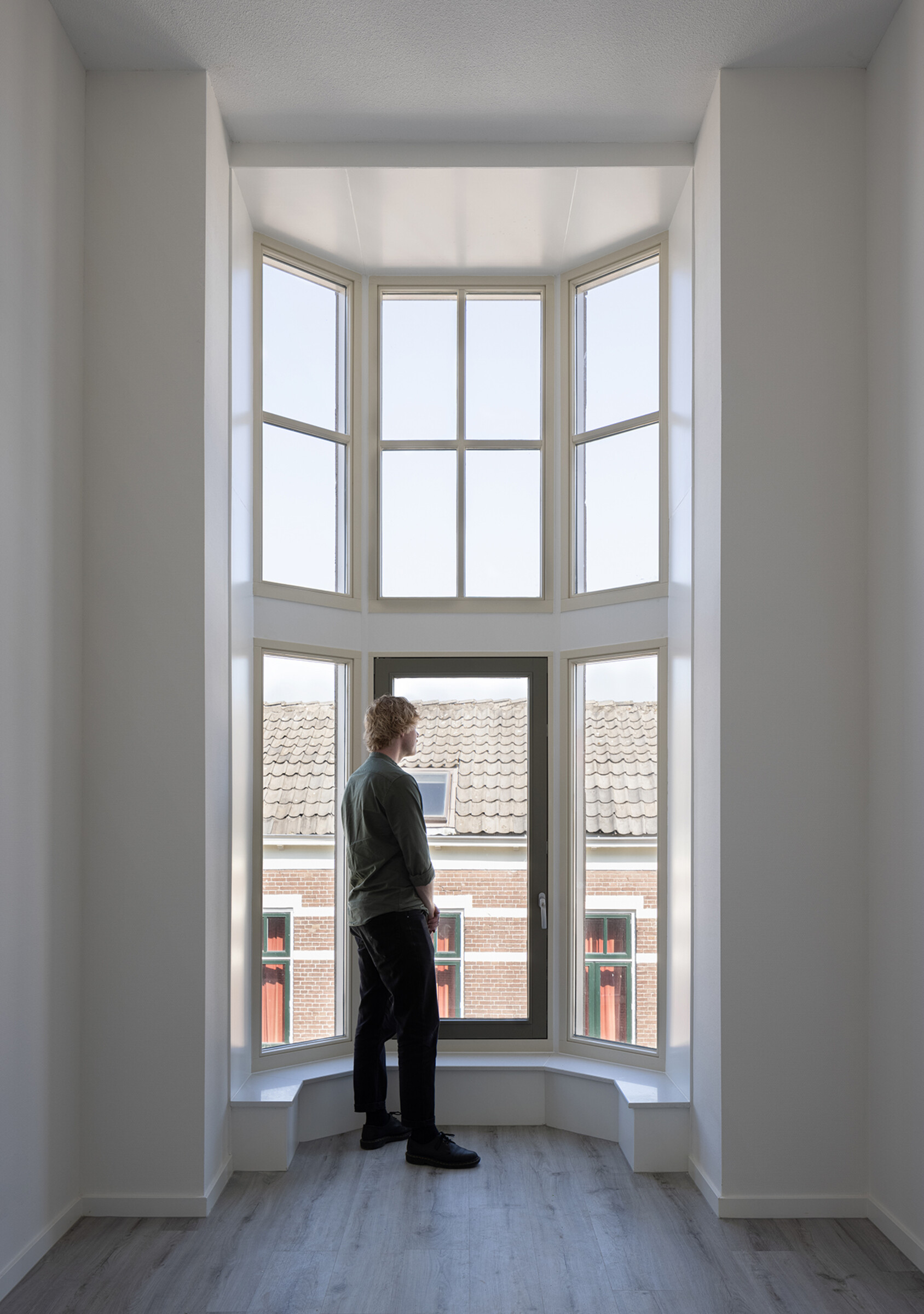 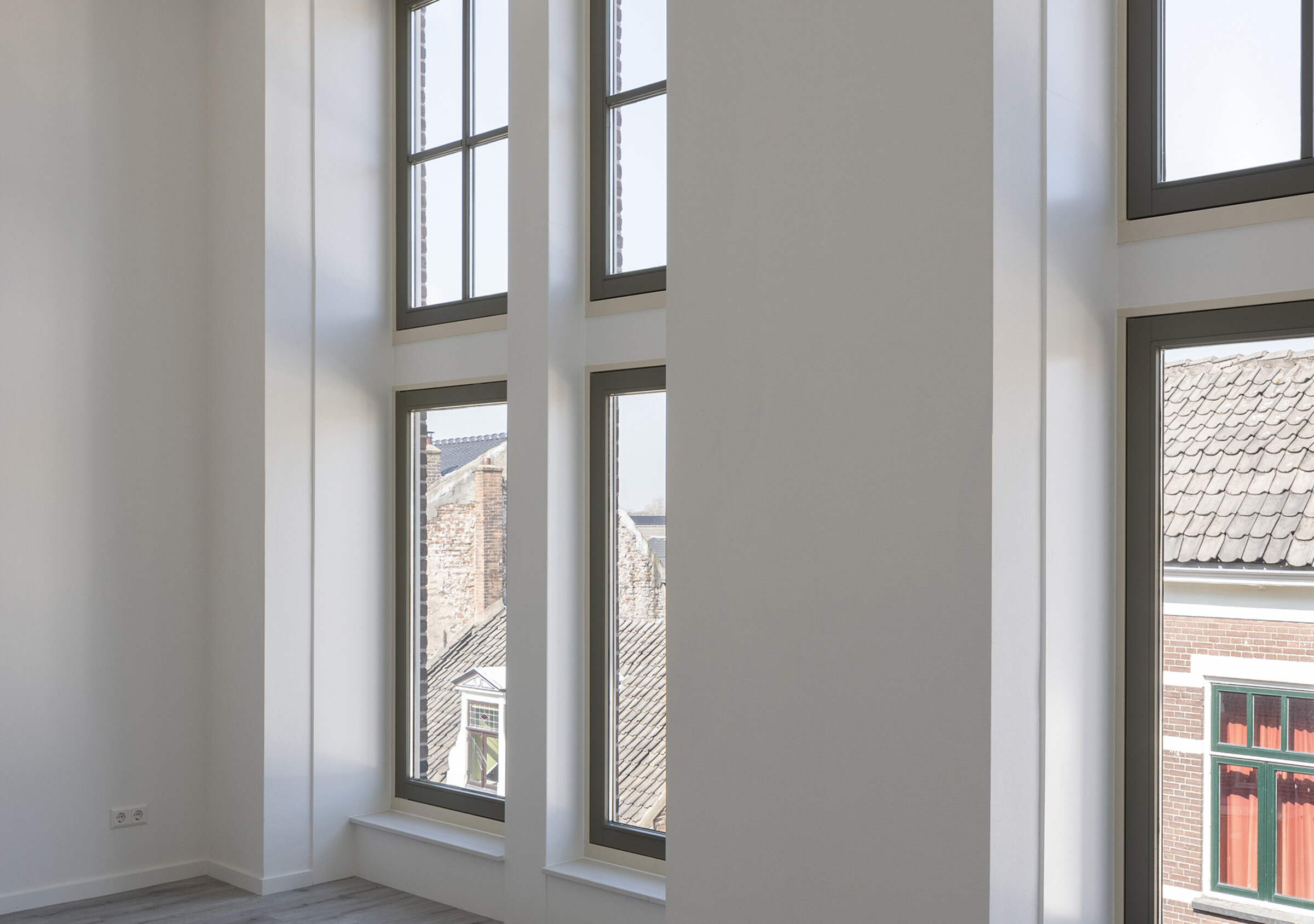 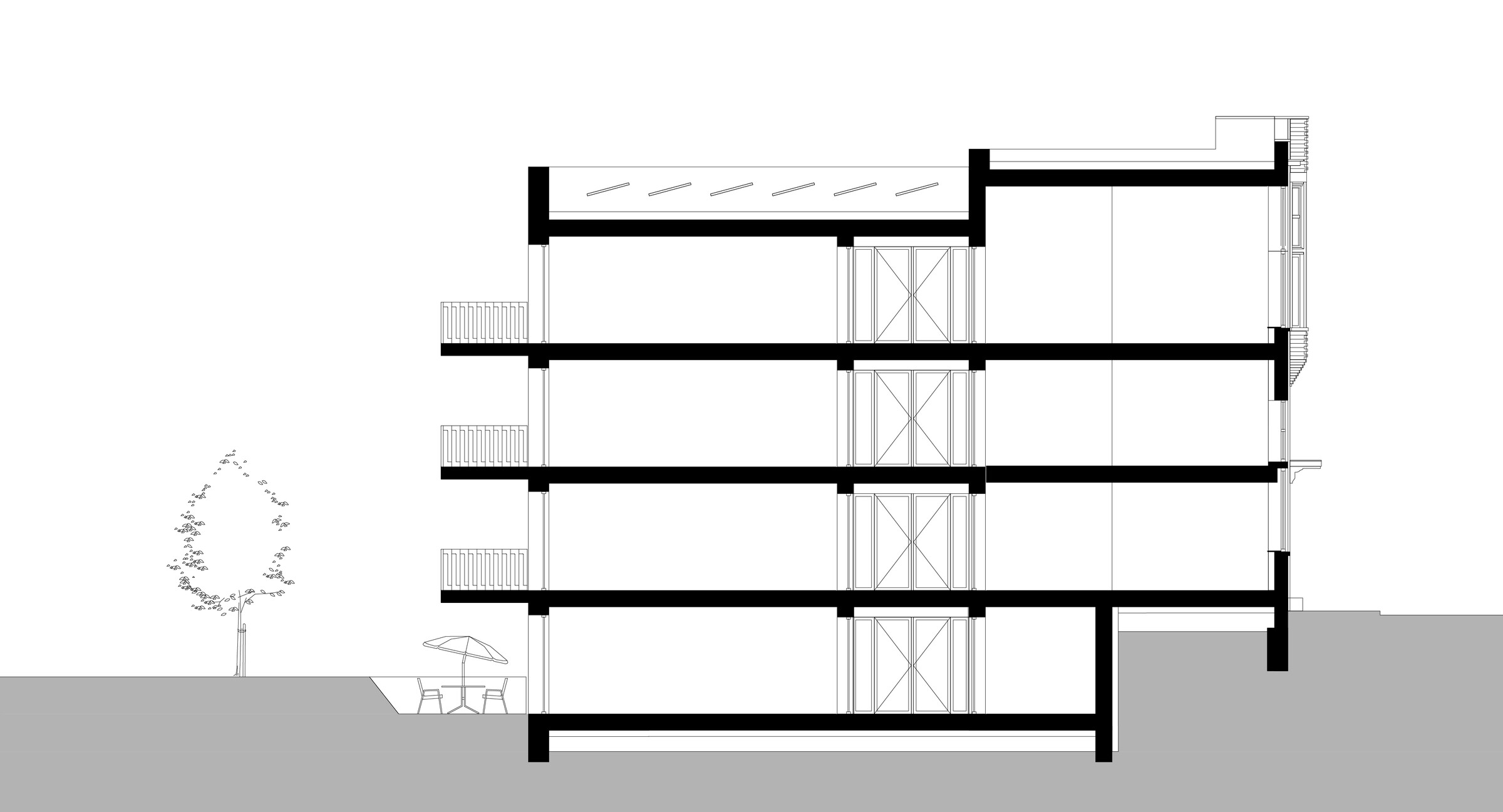 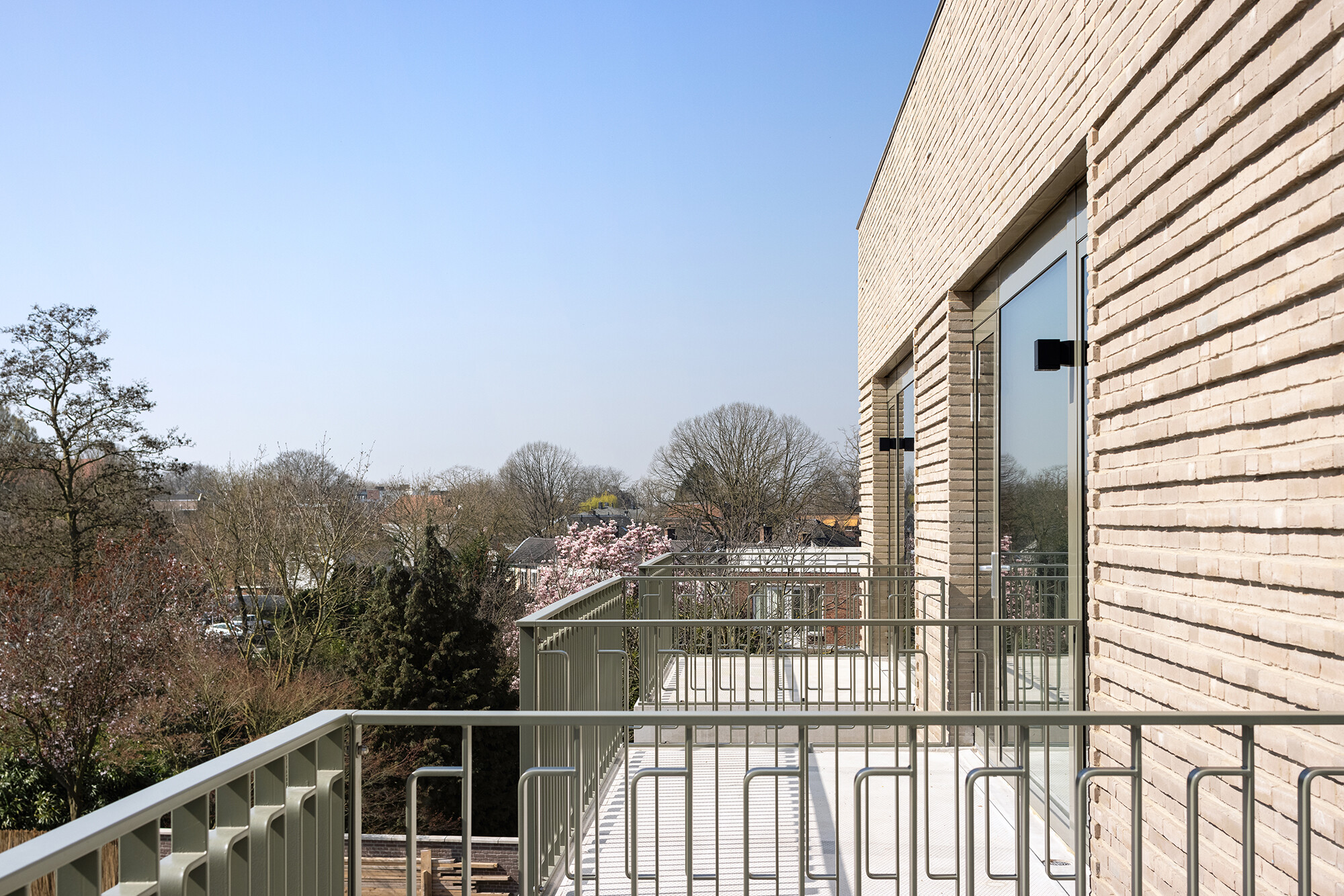 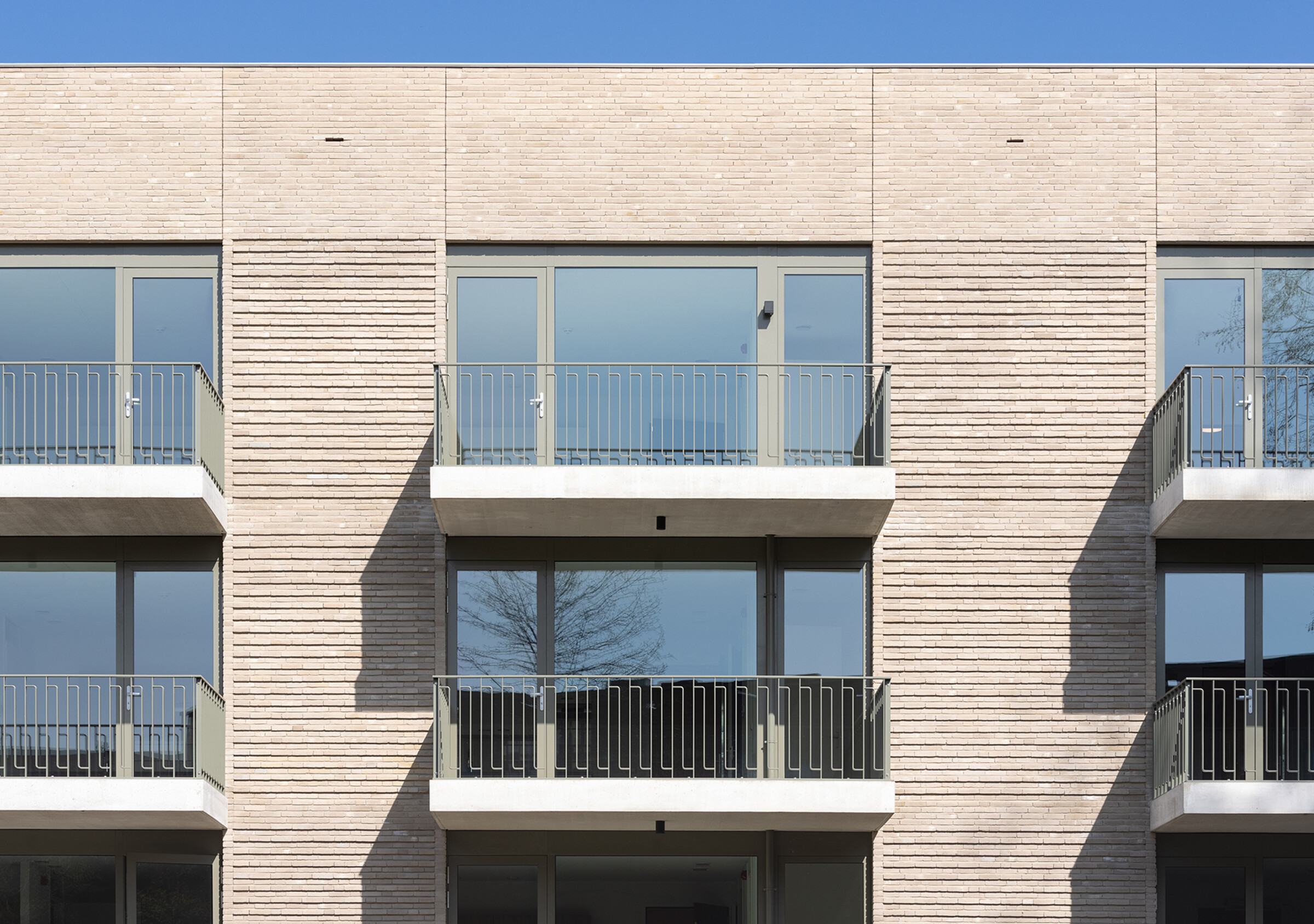 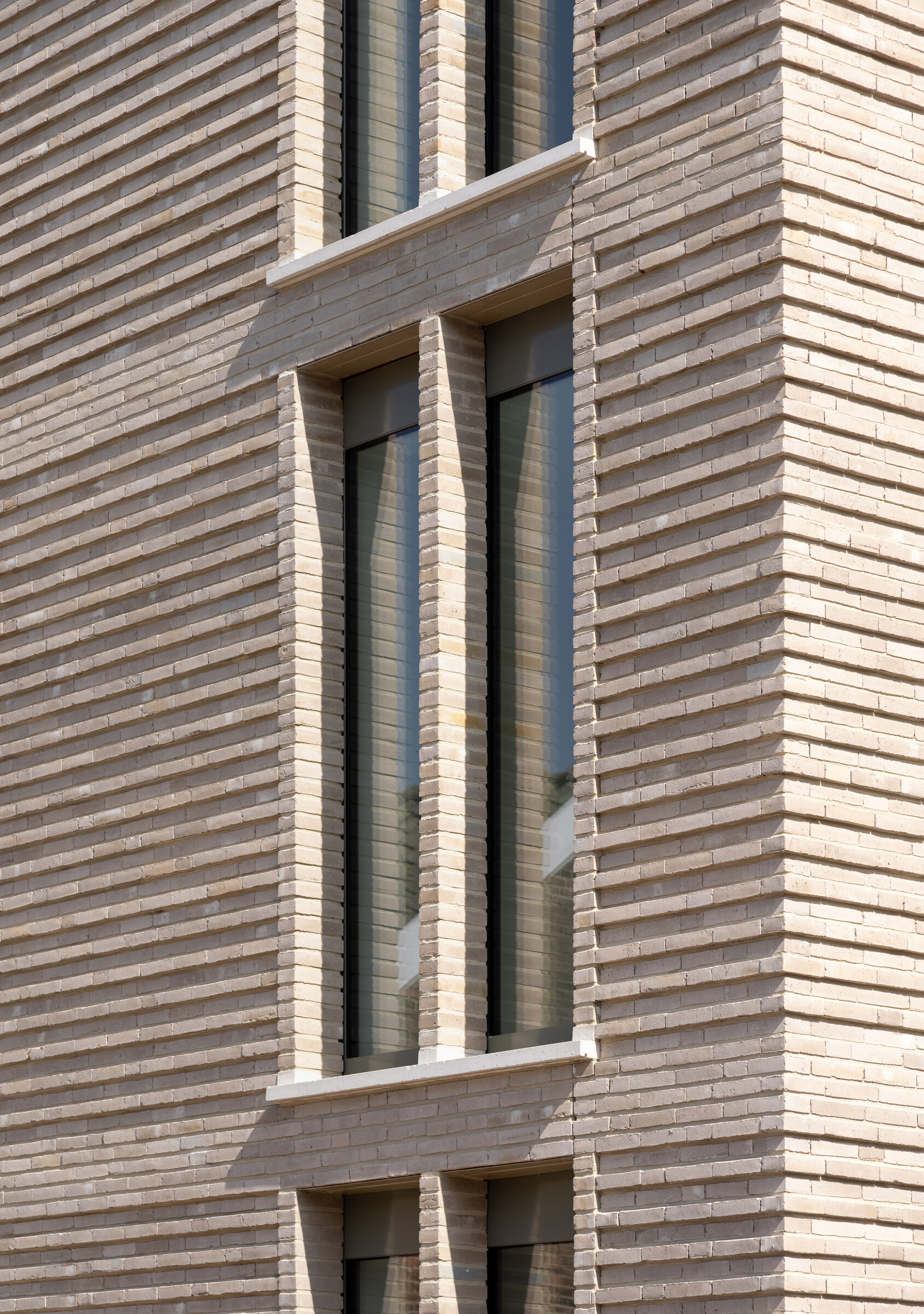