At Defence Island in Woerden, Zecc has designed a number of special residences. The island is situated directly next to the historic city centre and has a rich history. In the redevelopment of the area, valuable industrial buildings have been preserved and provided with new functions such as housing and hospitality establishments. The island has mainly been developed into a residential area with buildings that refer to its industrial past. The architecture is contemporary, but portrays the utilitarian syntax of the buildings from the period when the island was still used for storage and production of military equipment. Zecc was allowed to design a ‘special’ at two places along the edge of the island. A compact apartment building in the middle and seven ground-level homes on the south side of the island.

The apartment building is situated at Wasserijplein (square). The former laundry will house a hospitality facility and the square provides a verdant habitat along the water. The apartment building comprises four floors, in which two apartments have been designed in each of the lower three floors. These six spacious apartments are framed in a sleek concrete grid filled with glass and brickwork. The penthouse on the fourth floor has been designed as a rooftop villa with beautiful roof terraces under large overhangs. The materials have been applied in horizontal courses of anthracite zinc with warm accentuations in wood. The concrete substructure refers to an industrial architecture in which the rooftop villa seems to have been designed as a subsequently added storey. This approach establishes a link between the past and the present. It not only fits in with the nature and scale of the place, but it is also a real eye-catcher at this prime location!

Seven ground-level homes have been designed on the south side of the island. They have been combined in a building form which refers to the boat sheds. Two large residences at the end face the water and have a large terrace with their own jetties next to their living rooms. The five other ground-level homes are included in the same volume and have a garden on the water side of the island. The front doors are located on the car-free residential street. The anthracite-coloured zinc materials of the façade and roof are the same as the penthouse of the apartments. Warm accents in wood are distinctive in the façade at the end walls, entrance recesses and façade shutters. 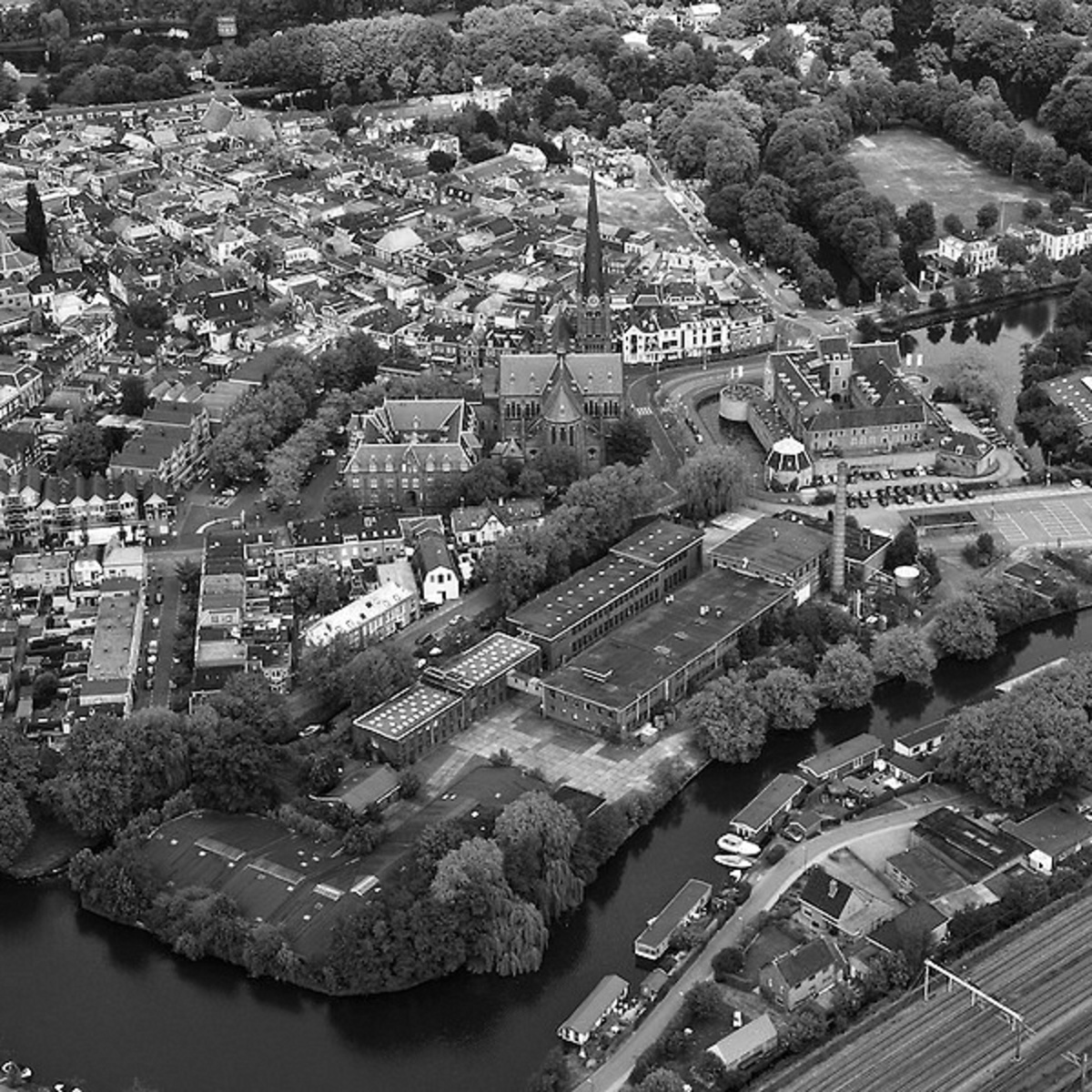 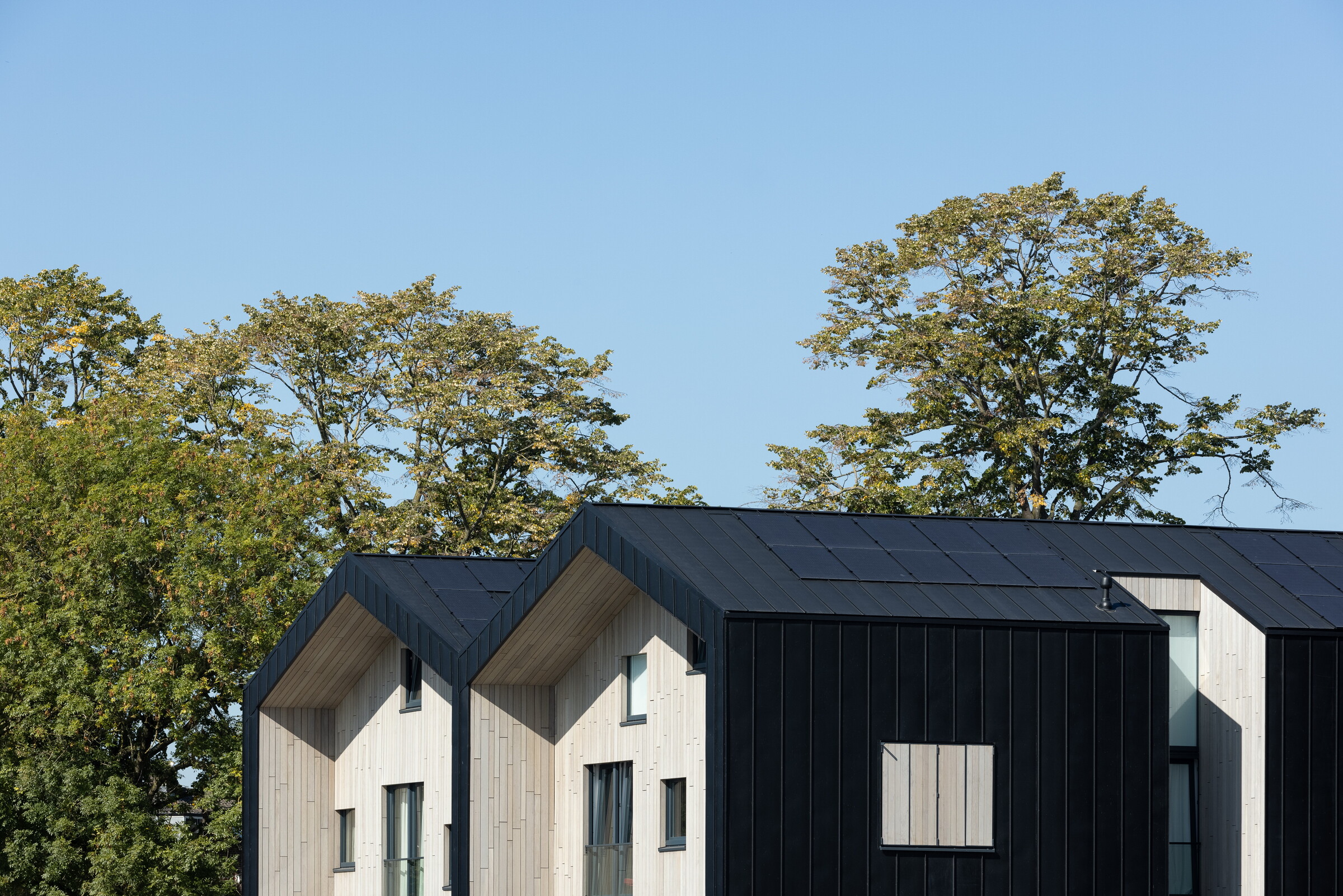 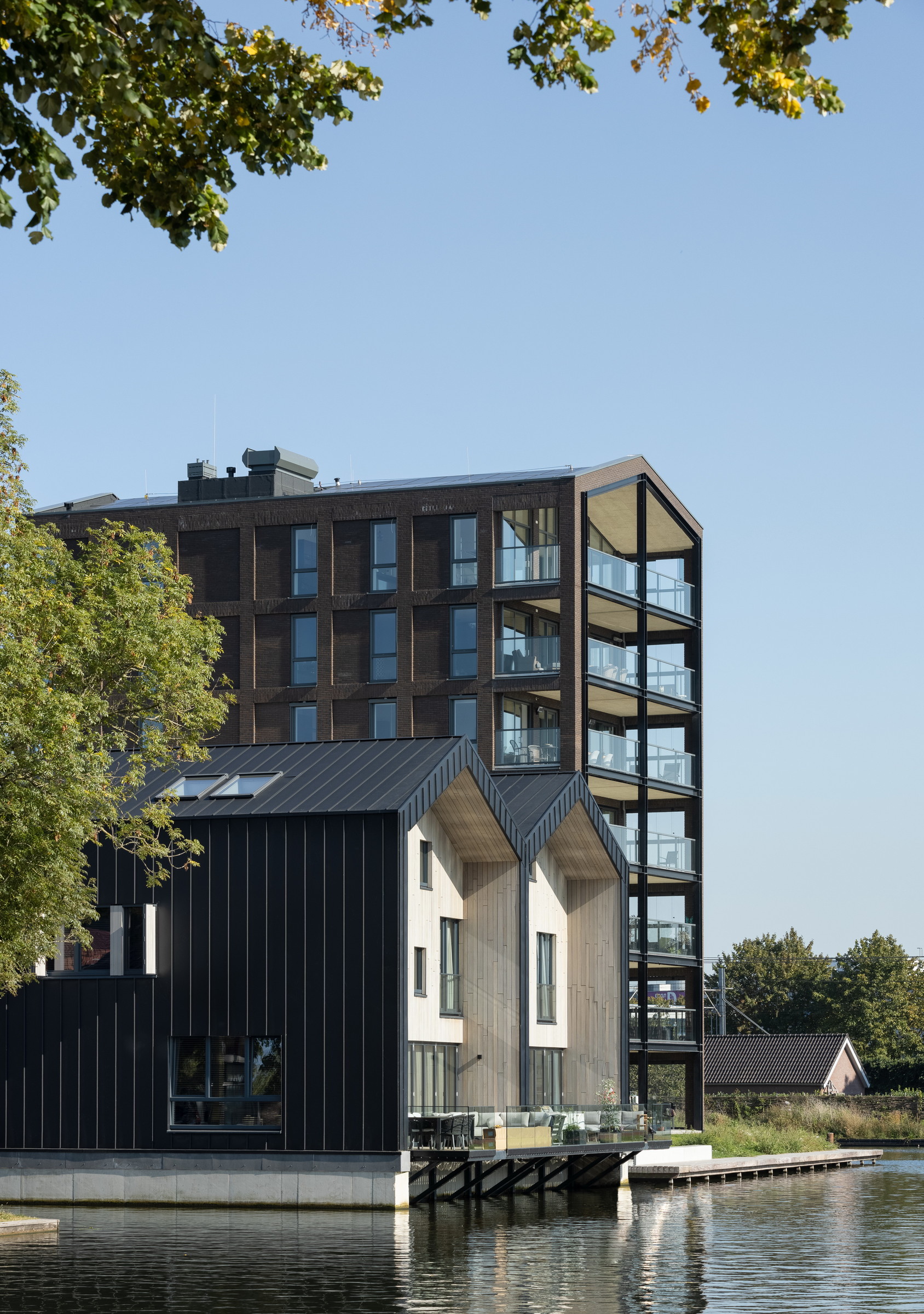 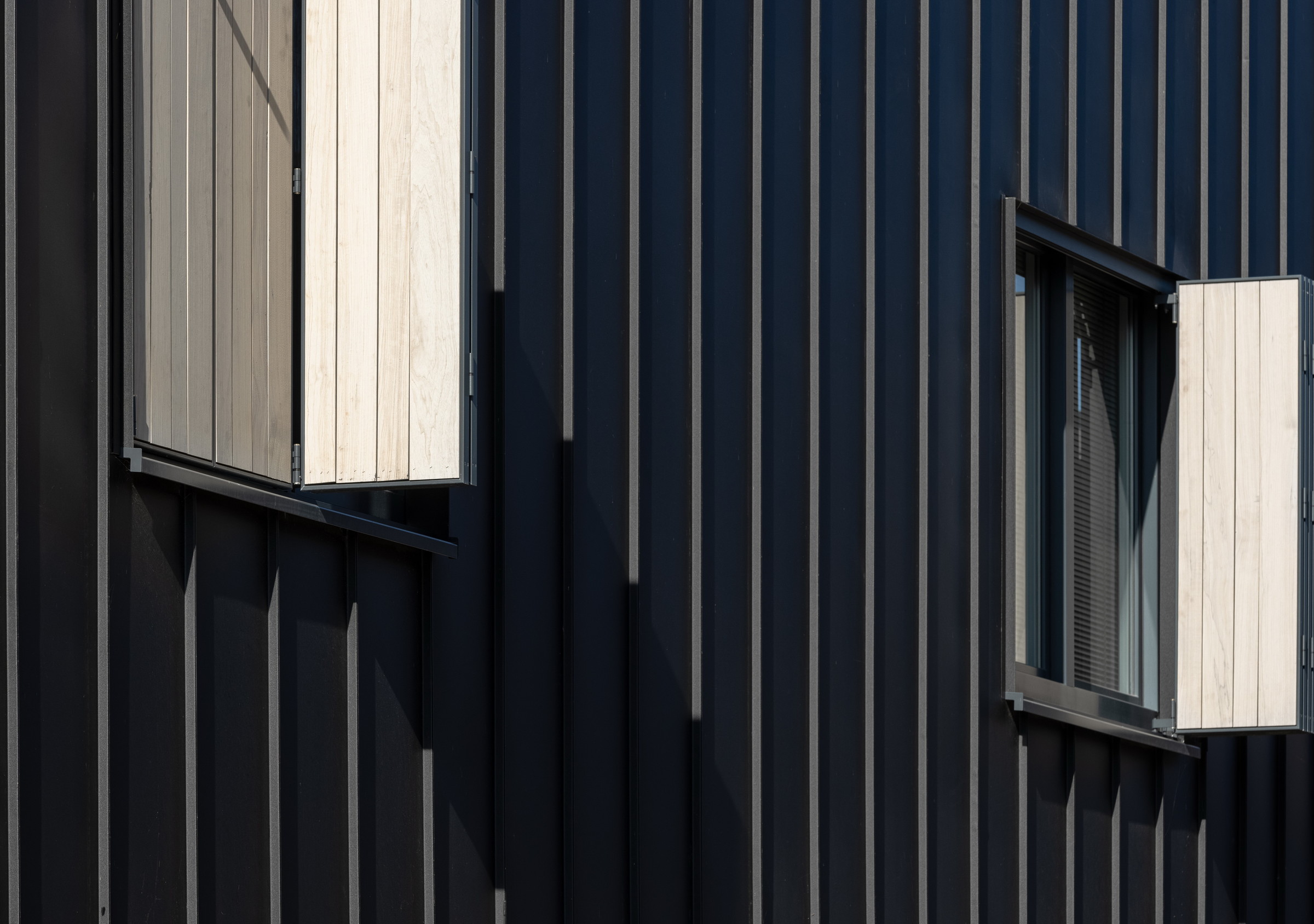 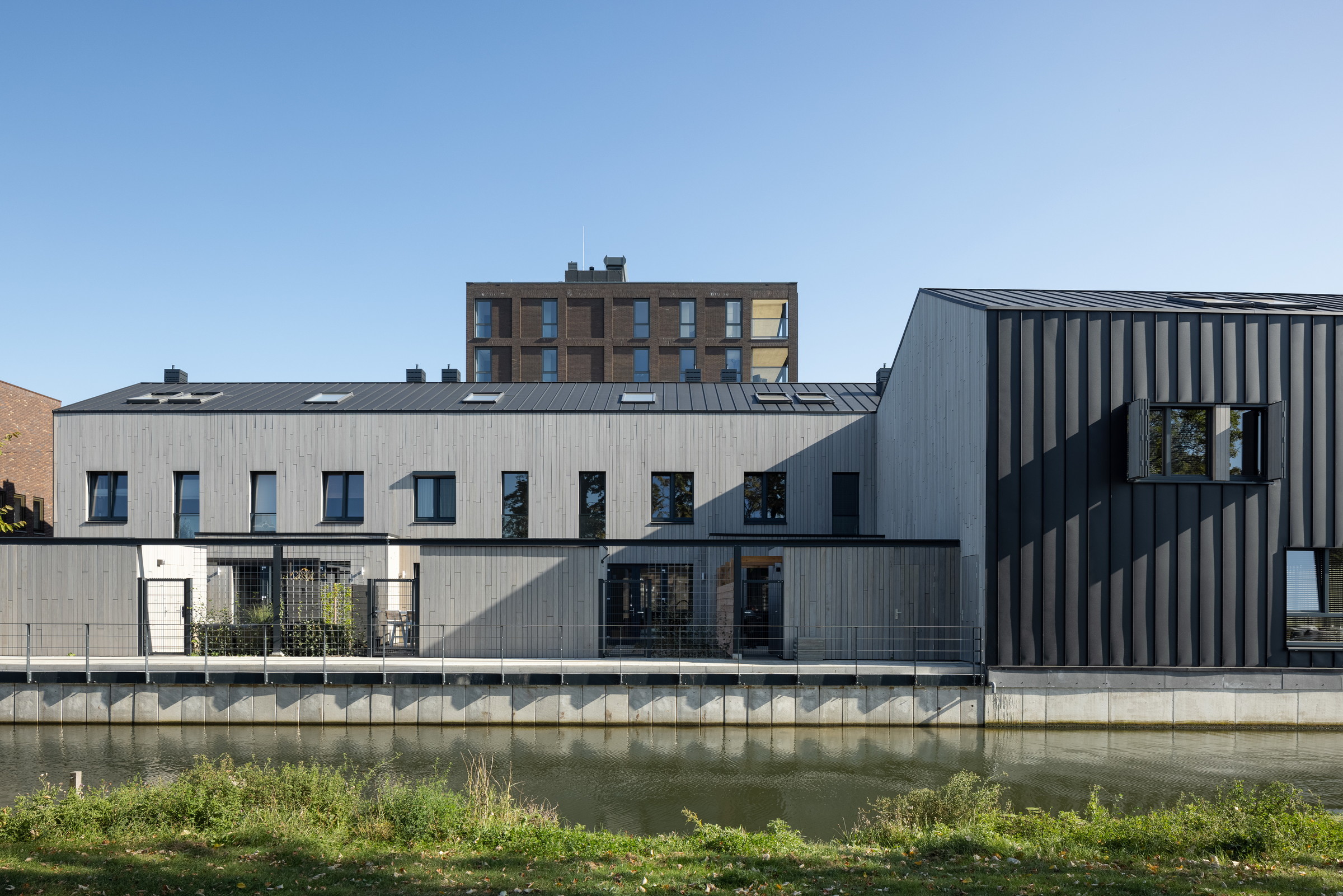 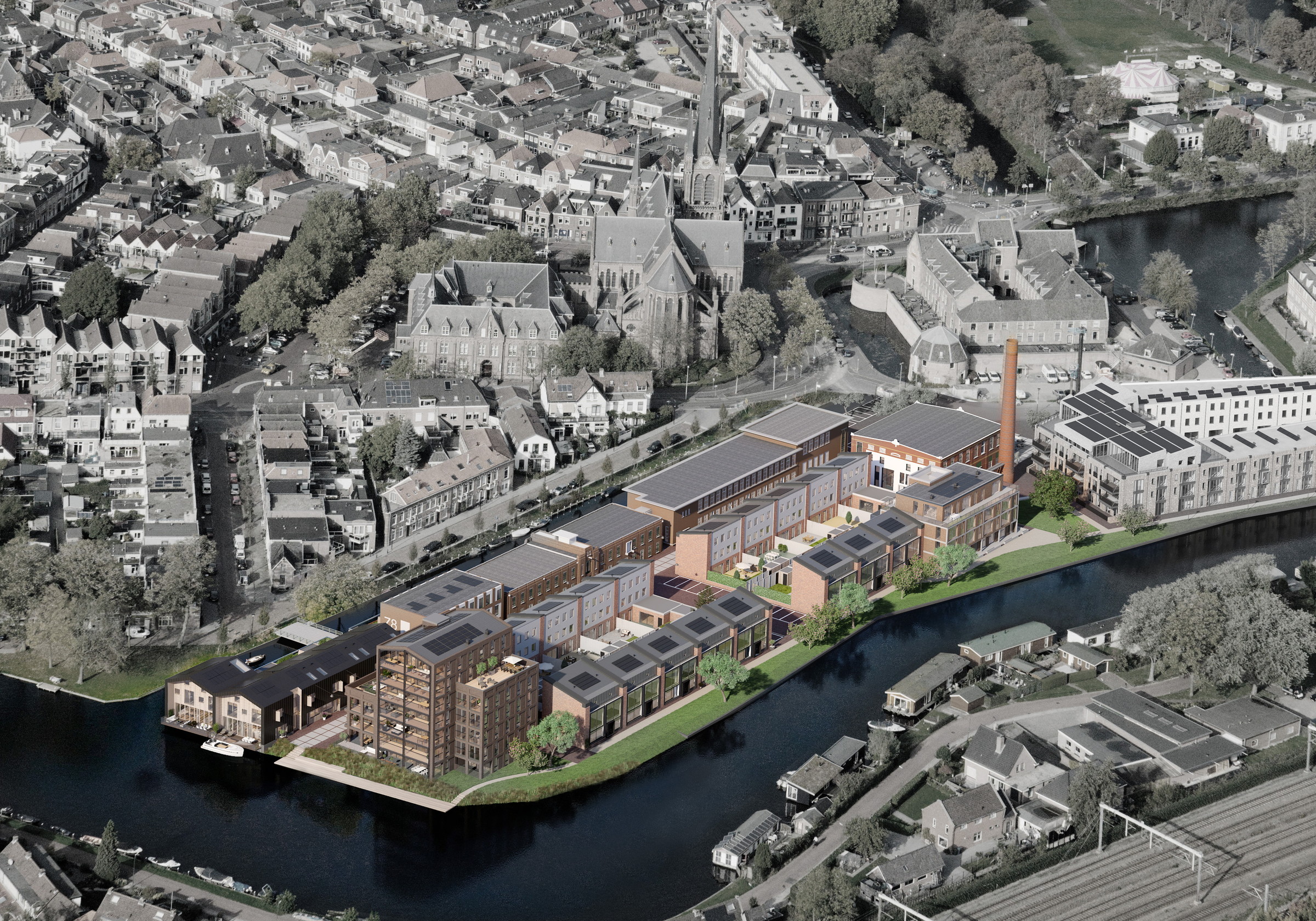 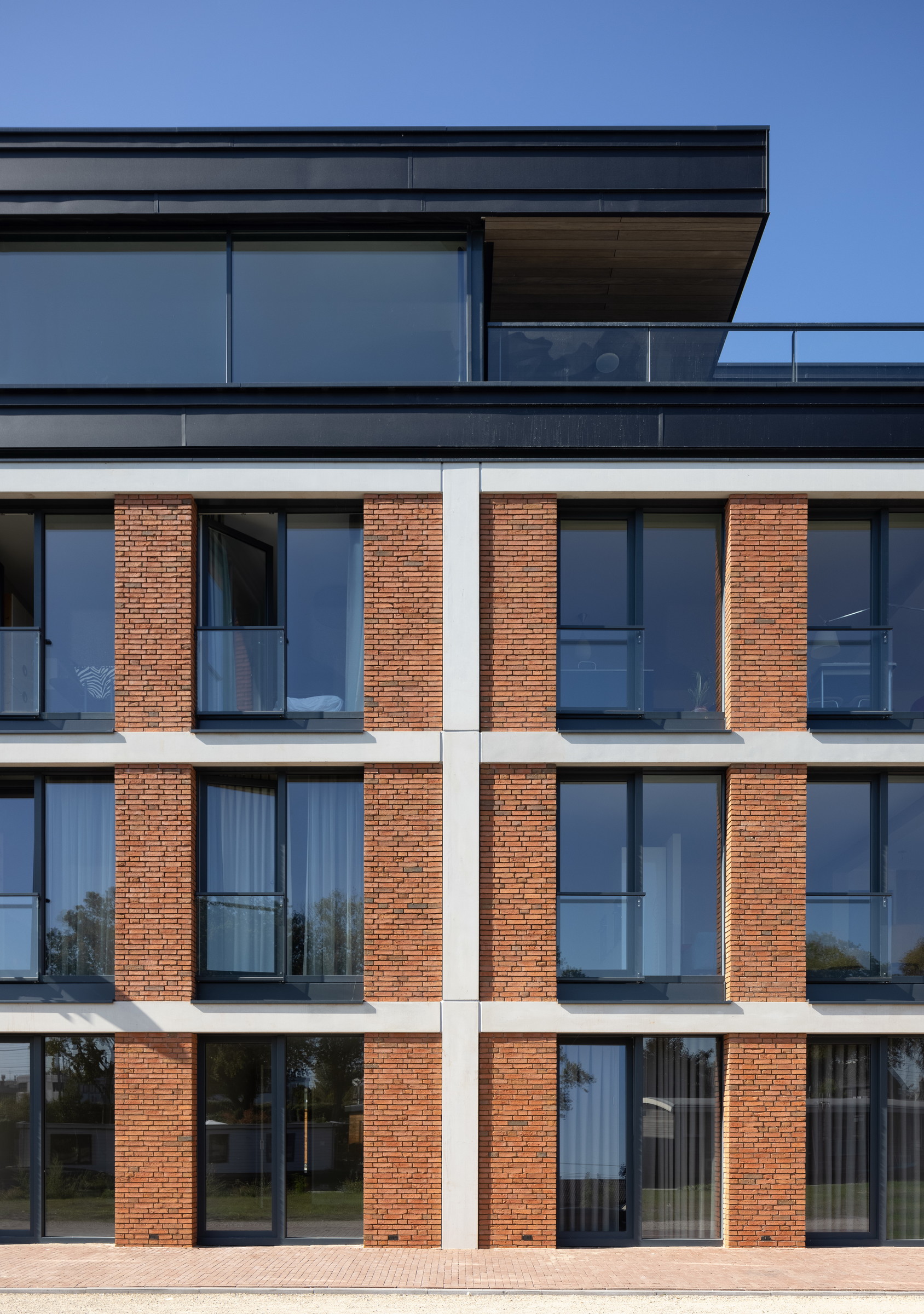 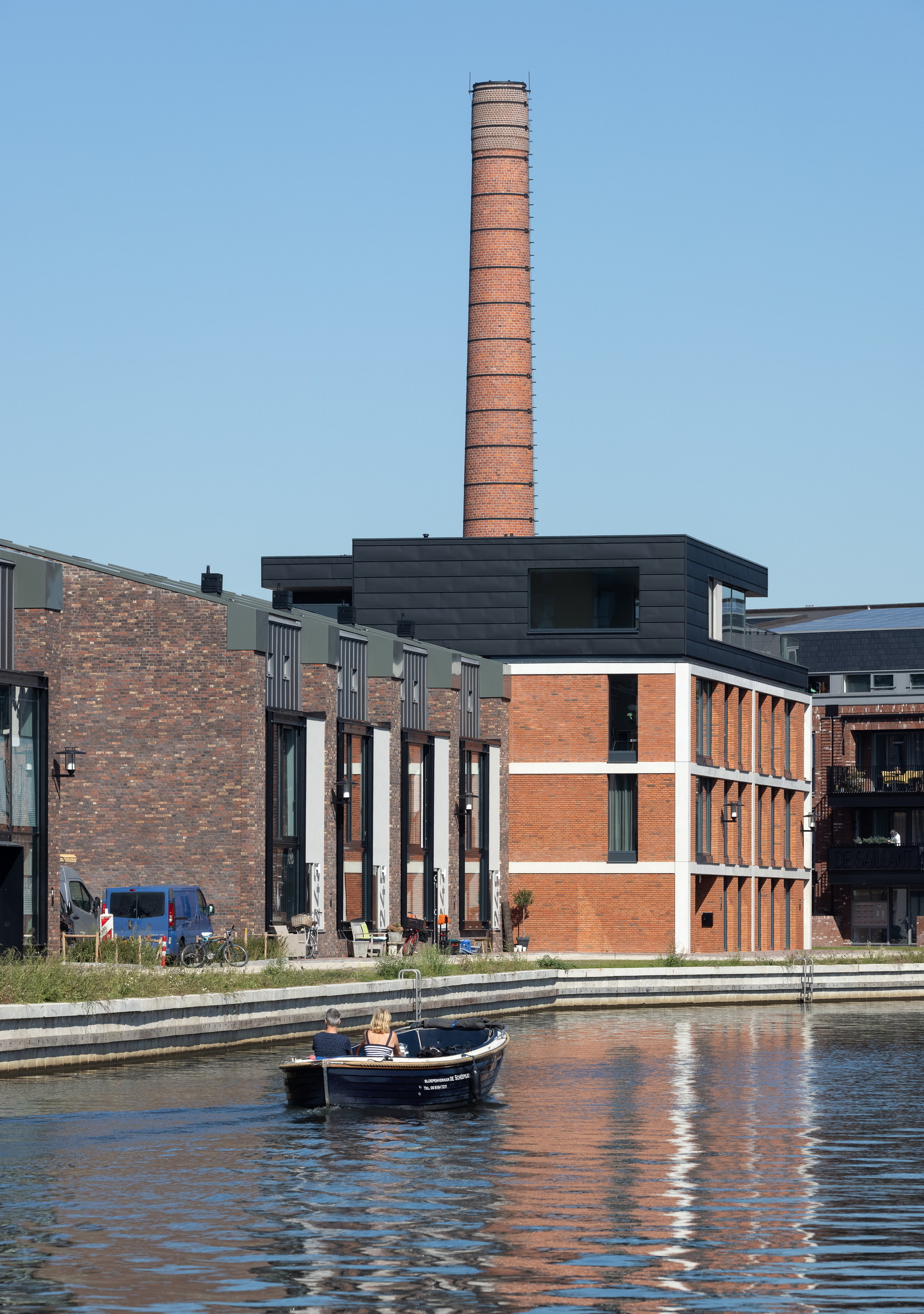 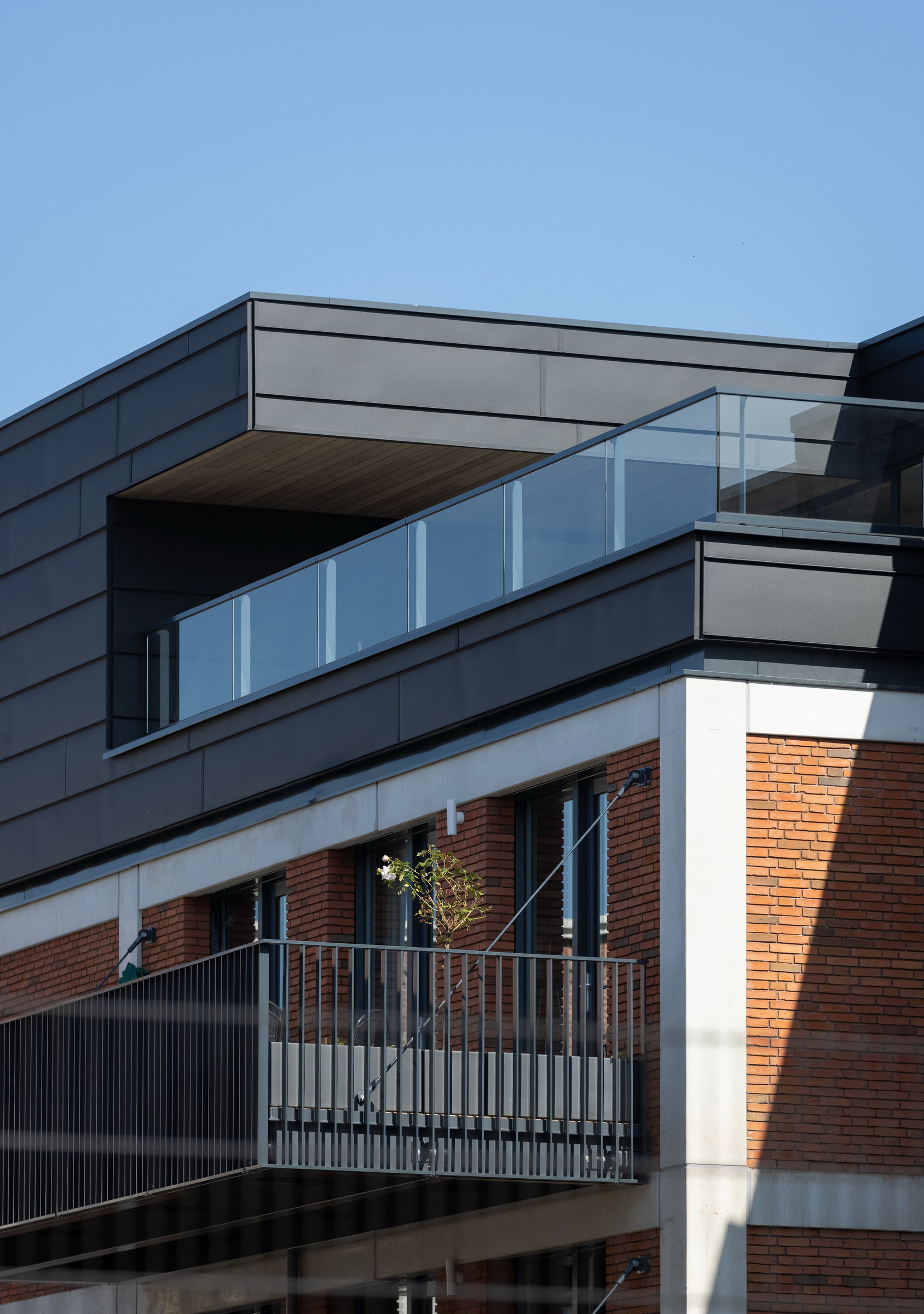 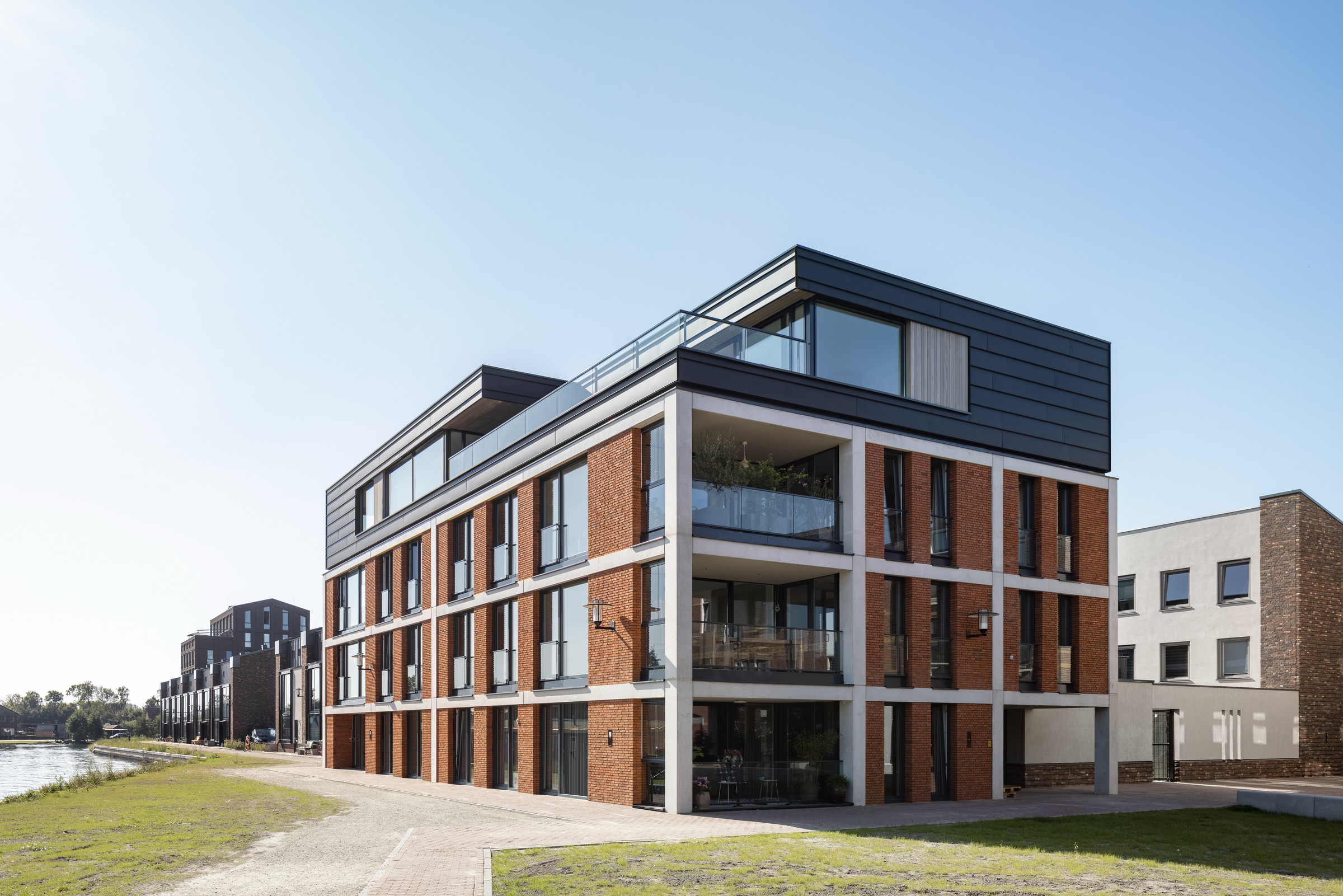