The construction of a Rotterdam house has degenerated in an architectonic spectacle, in which is experimented with time and space. The 100 years old facade has been entirely painted in a shiny black oil. The brickwork, the window frames and the glass of the existing facade is painted black. Because of this black layer you can say a shade aroused on the old façade. This shade has been taken as a basic layer in which is modern steel frames have been placed to form new windows. The windows are placed reacting on the new floor plans that were created behind the façade. Because of this placement there is a relation between the original façade and the new interpretation of the house behind it. Rotterdam south accommodates a black pearl with this new house.

November 16th 2010 the black pearl was broadcasted in the television program "the TV real estate" Click here for the broadcast. 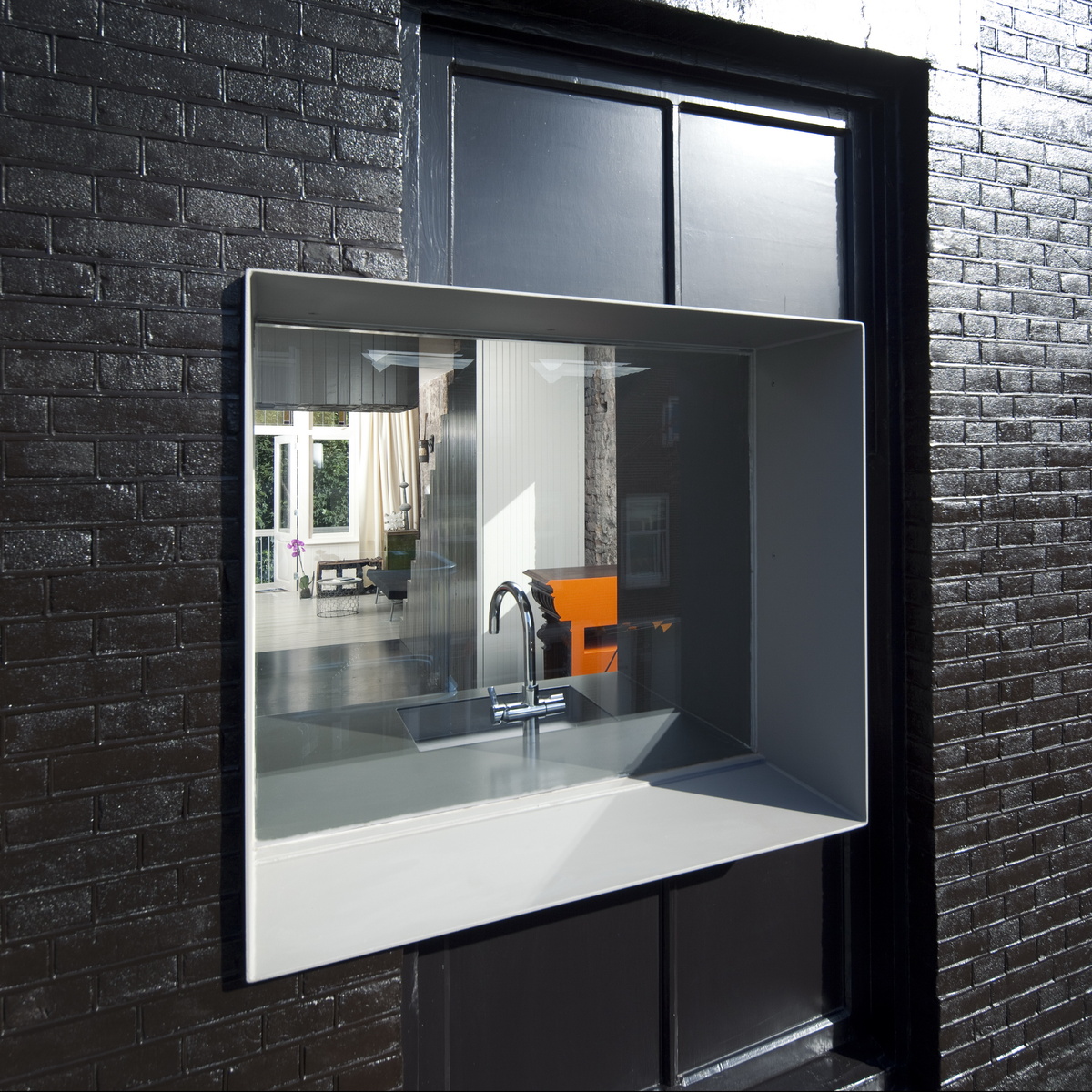 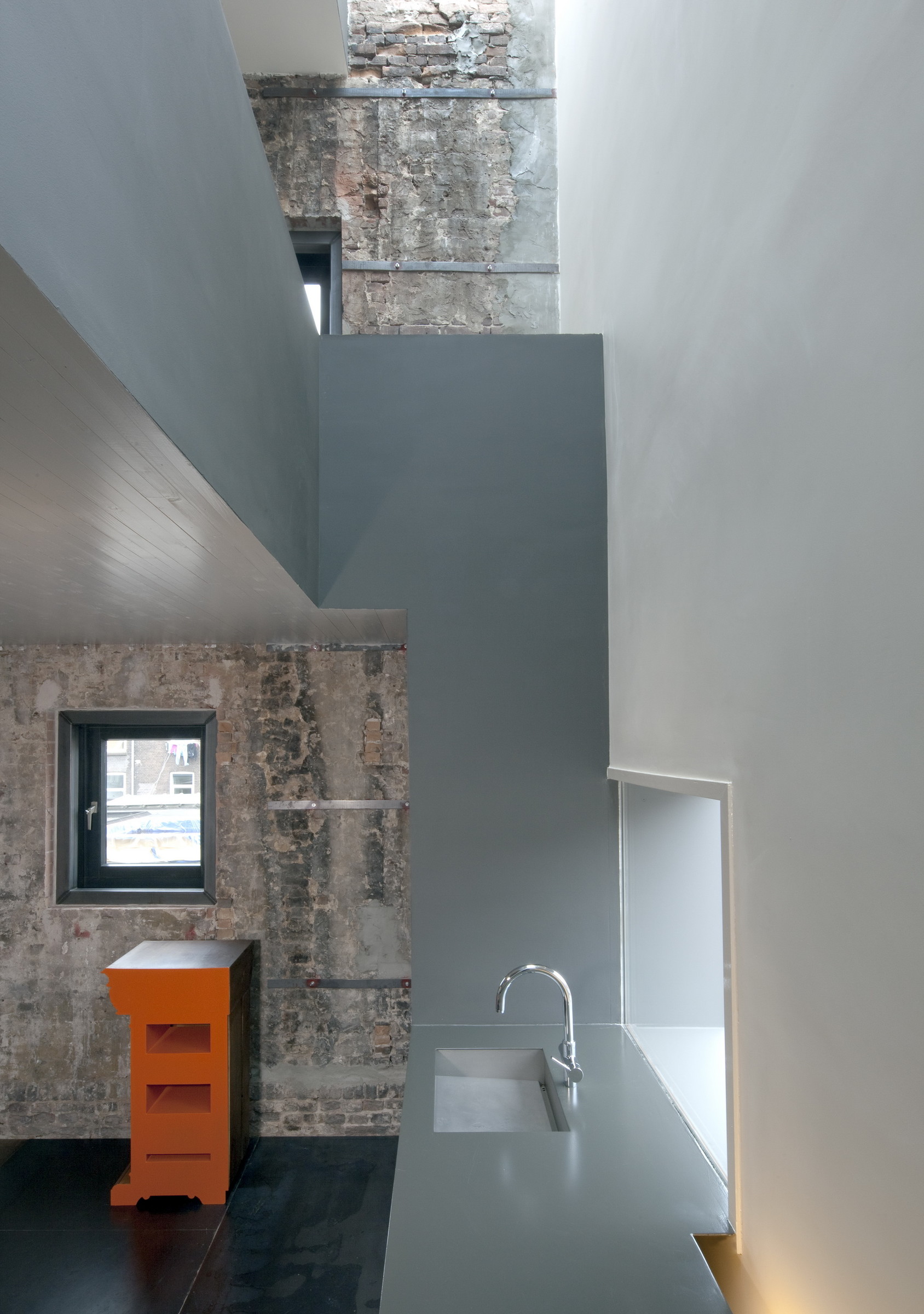 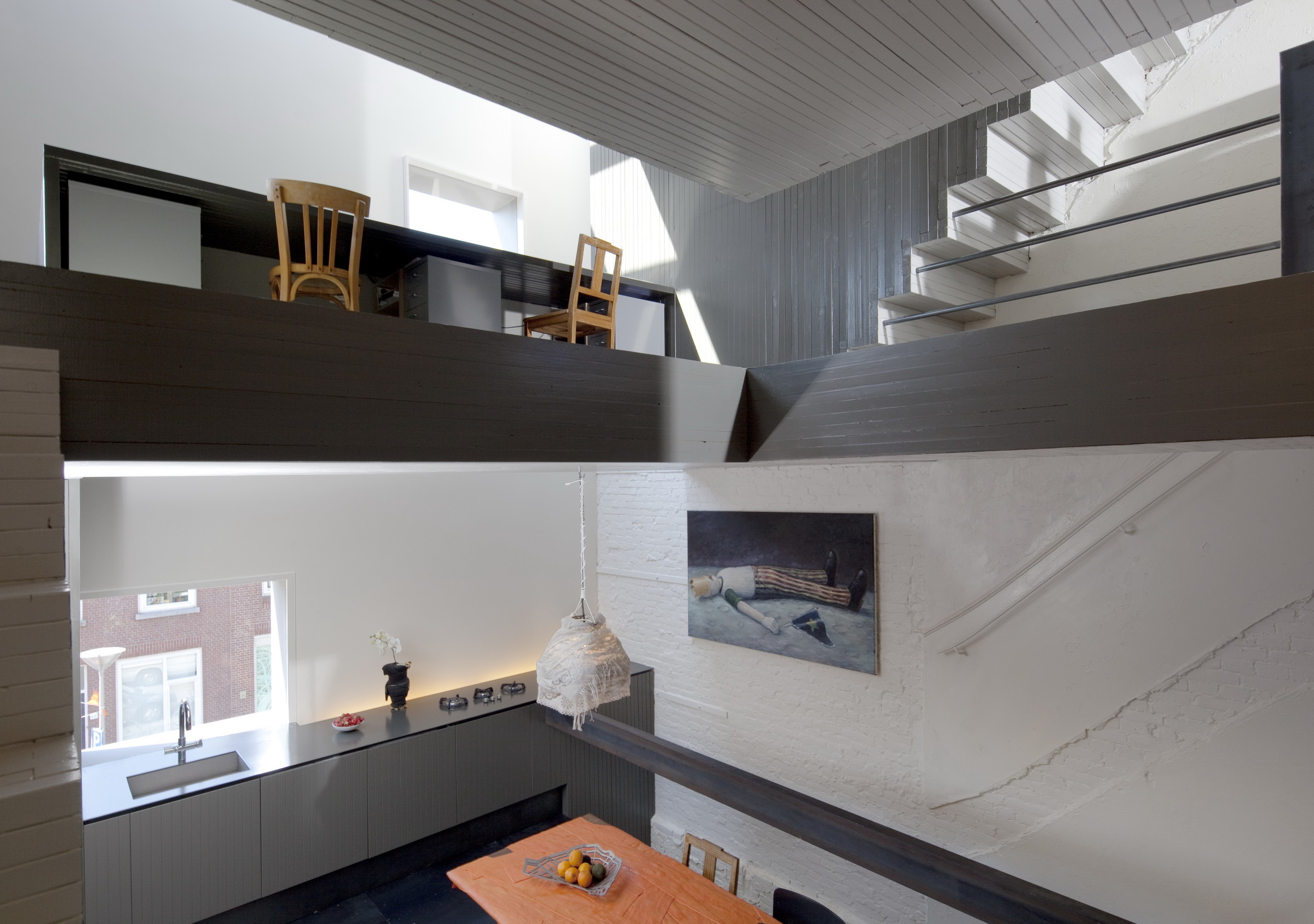 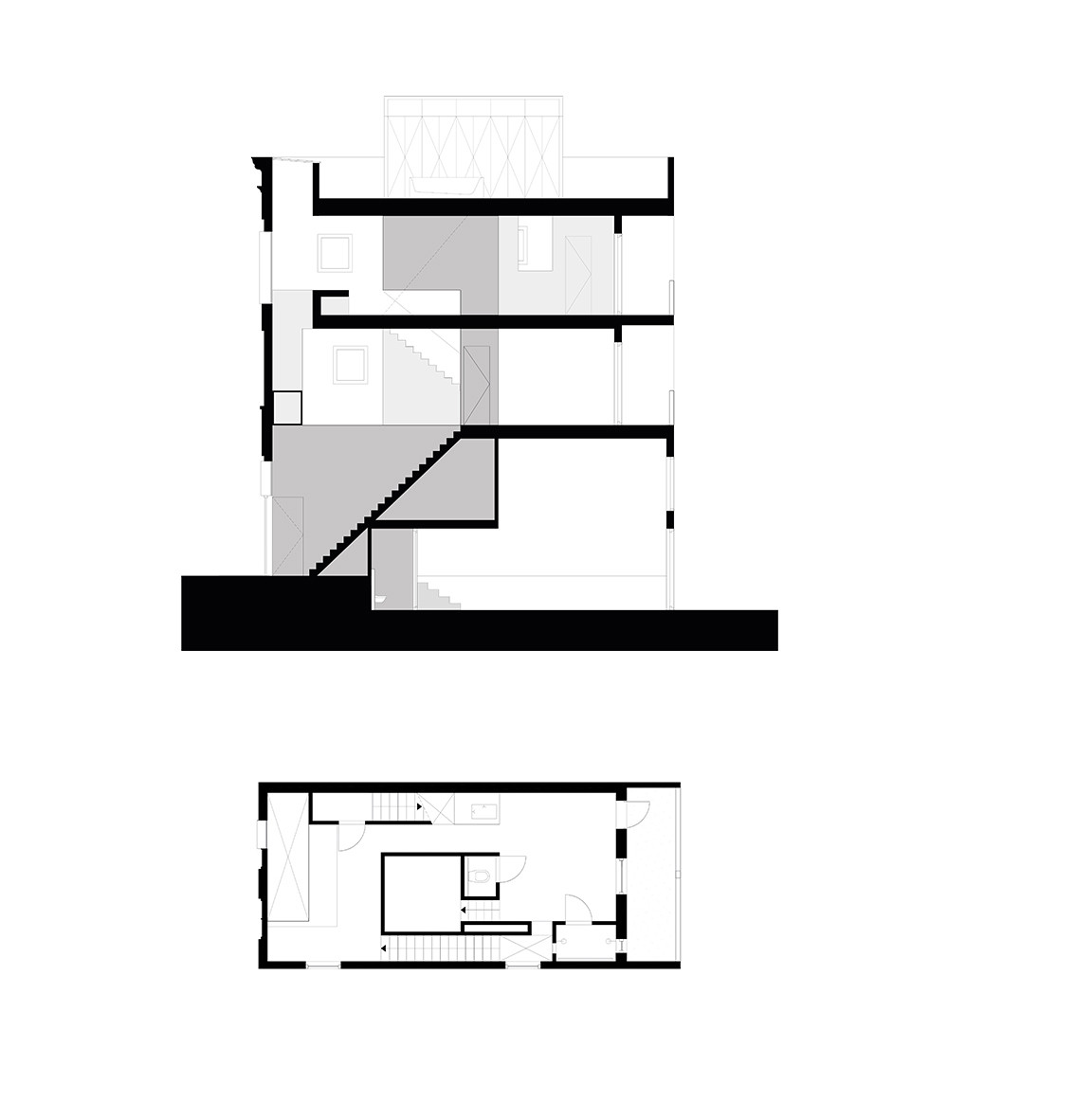 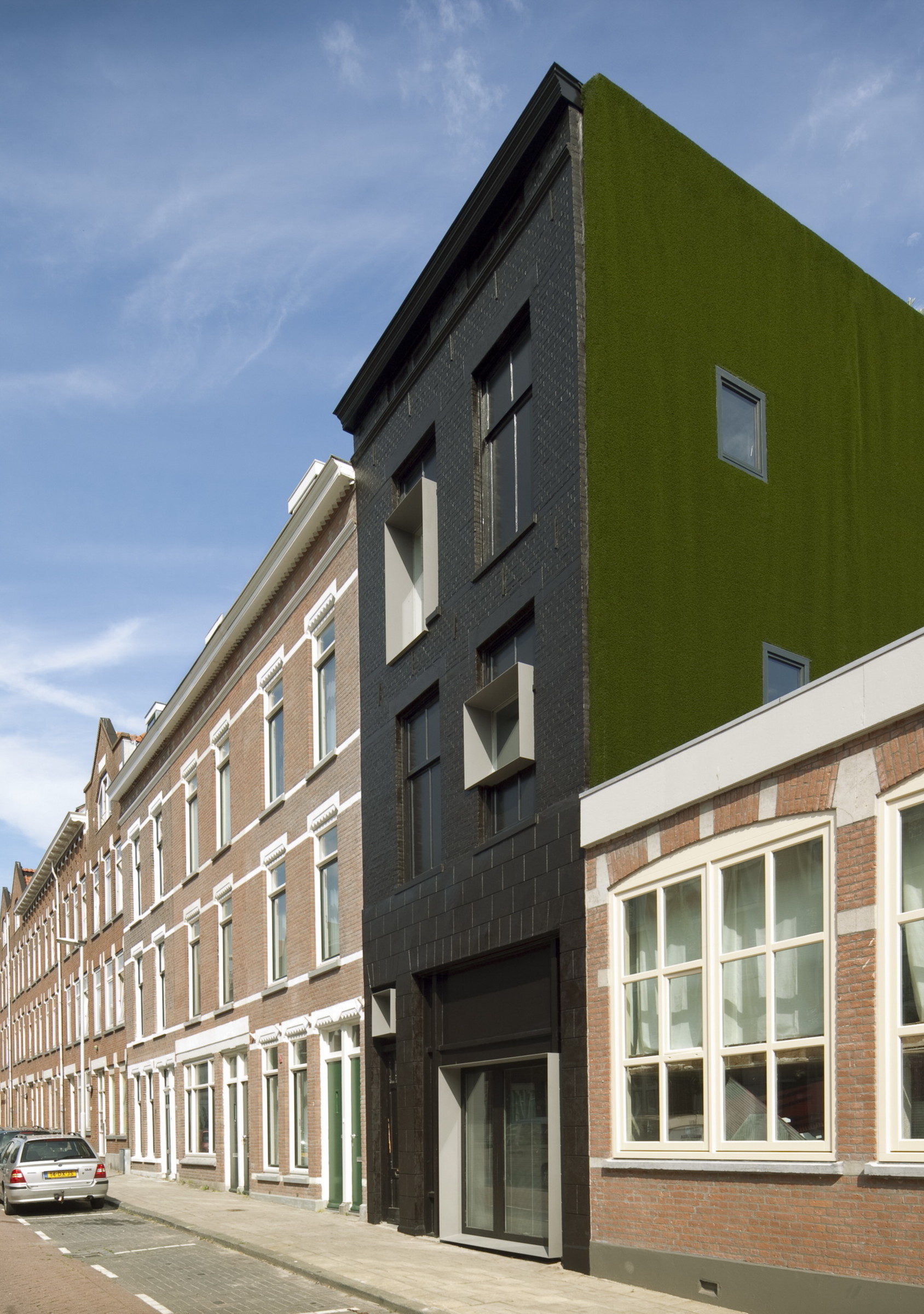 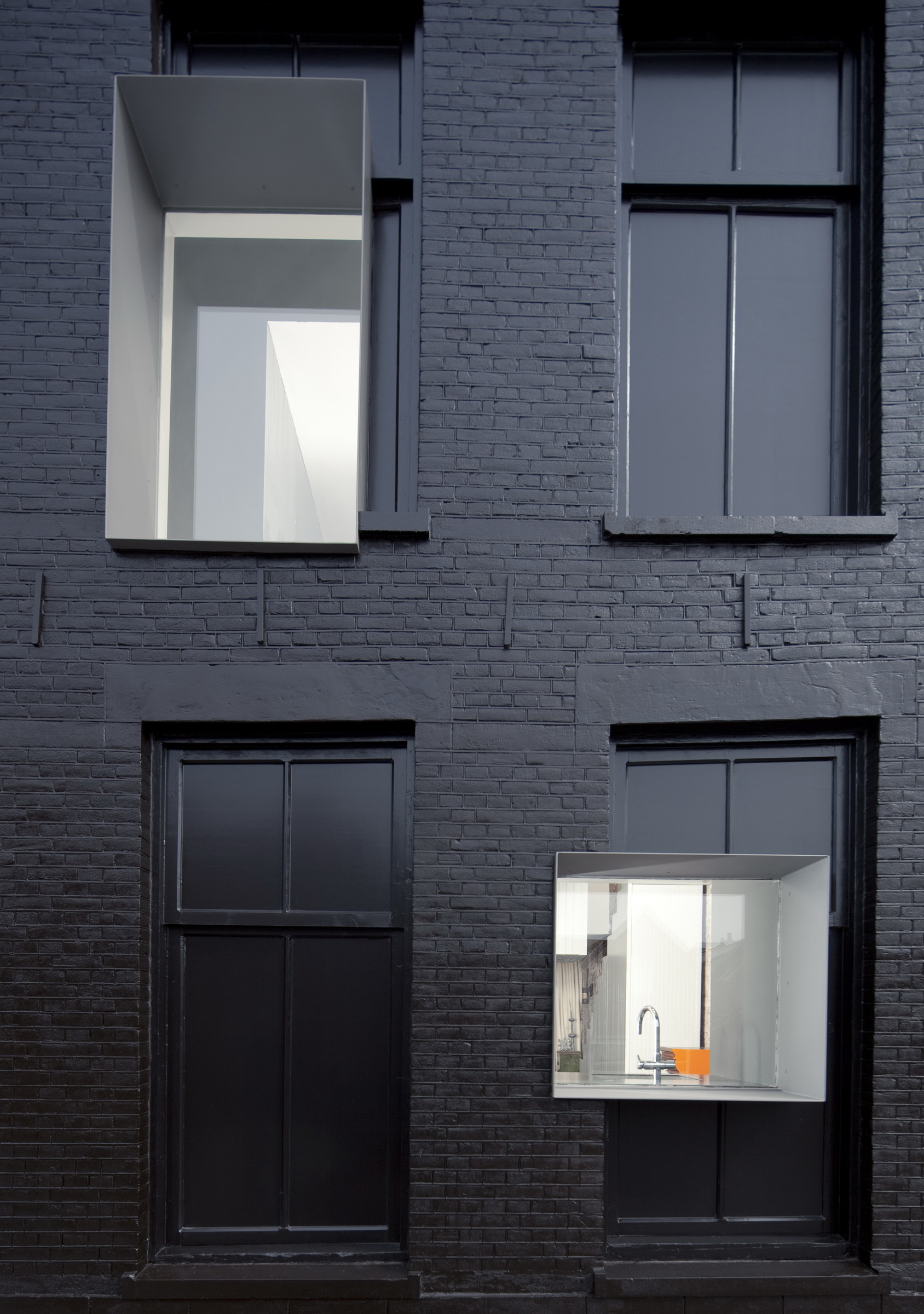