In the province of Utrecht, there is an extraordinary country estate dating from the 19th century. This collection of buildings includes a listed villa and a coach house built in eclectic style. Zecc did the design for the renovation, extension of the villa, and the interiors. Part of the brief also included making this national monument more sustainable.
On the ground floor, three changes were made to the existing structure. In a central position within the house, a large open kitchen was created. Two rooms were merged to make this possible. New French windows leading into the garden accentuate the relationship between indoors and out. At the rear, the (non-listed) conservatory was removed and replaced by a modern extension.

The spatial concept for this renovation was based on three connecting wall elements that add an extra dimension to the existing house. This concept took inspiration from the existing walls in the house, which feature a range of integrated cupboards, spy holes, mirrors, and fireplaces. The walls connect rooms that were previously separate. Not only the two rooms now forming the kitchen, but also the study and new extension have been joined together, and the extension itself draws the eye over into the veranda. The latter in particular is an extraordinary addition to the perception of the property, accentuating the relationship between indoors and out. Although contrasting in terms of design, the extension at the rear of the house is also related to the existing house through the use of colour and materials. The extension was built in a partially open concrete structure to maximise the connection to the garden.

Natural stone plays an important role in the design; the house originally featured a marble floor in the foyer. This inspired Zecc also to include key natural stone elements in the design. Two of the three connecting walls have been created in natural stone and marble, and natural stone has also been used in the kitchen and the bathroom.
This has been done differently each time, ranging from white Statuario marble in the kitchen to earthy tints on the walls of the extension. The interior was designed in alliance with Remy Meijers of Remy Meijers Interieurarchitectuur.

The villa has been meticulously renovated and restored. Original details have been preserved and existing fixtures and fittings restored. In order to improve the sustainability of the villa, careful thought was given to insulation. The property is heated by means of underfloor and air heating. The latter also serves to cool the house. Heat is generated through a combination of a heat pump, solar collectors, and PV panels. As far as possible, all of this has been integrated within the walls, the cellar and attic. 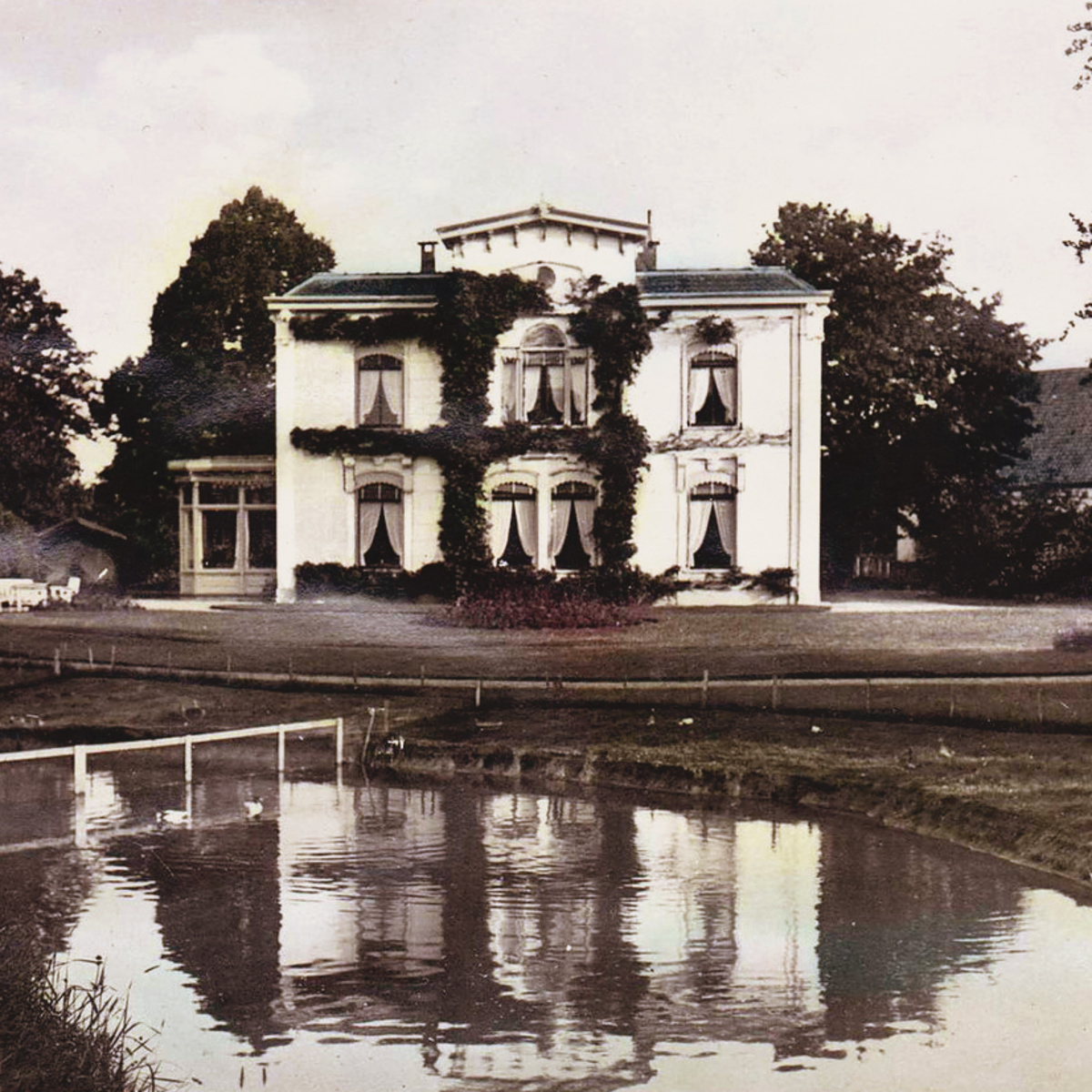 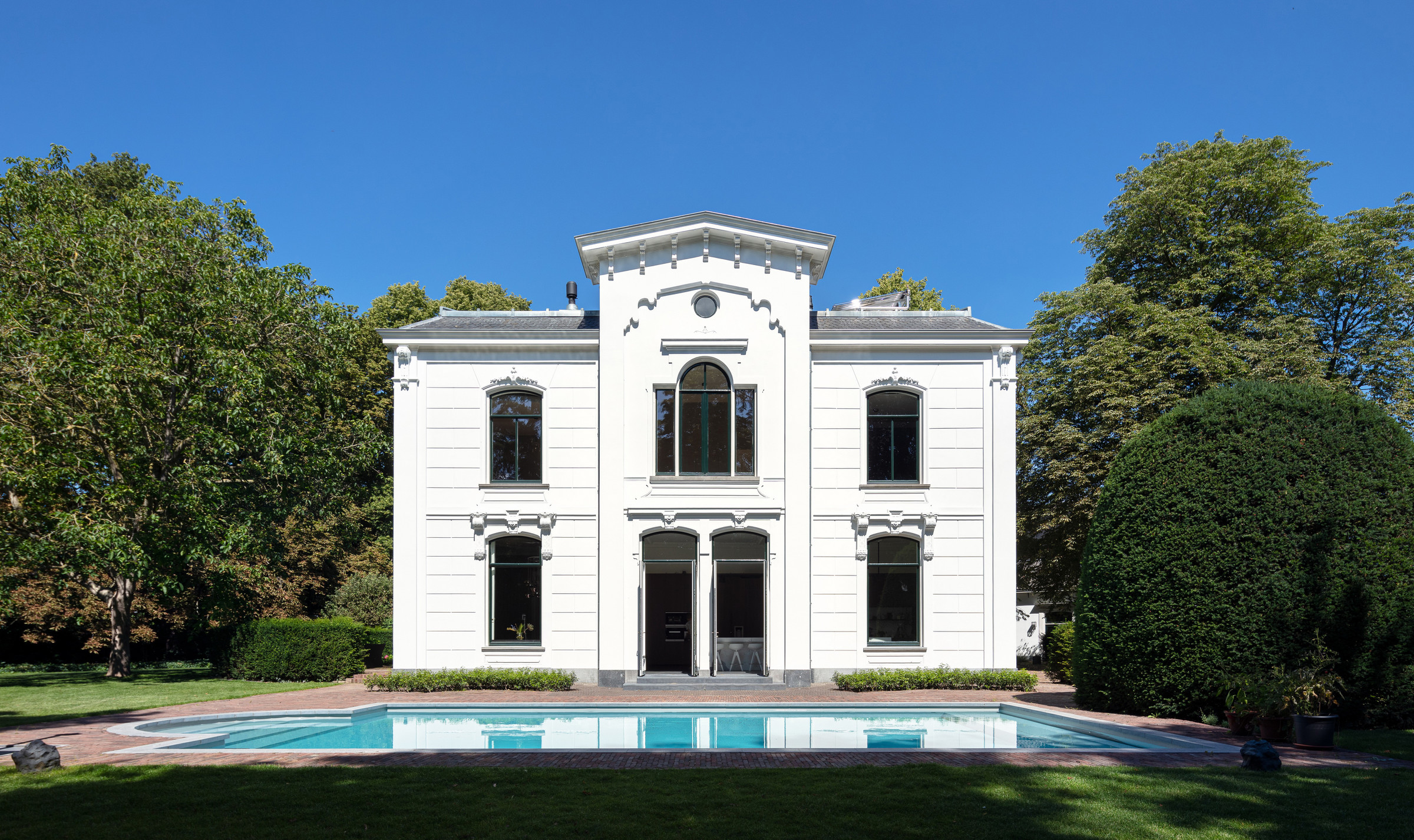 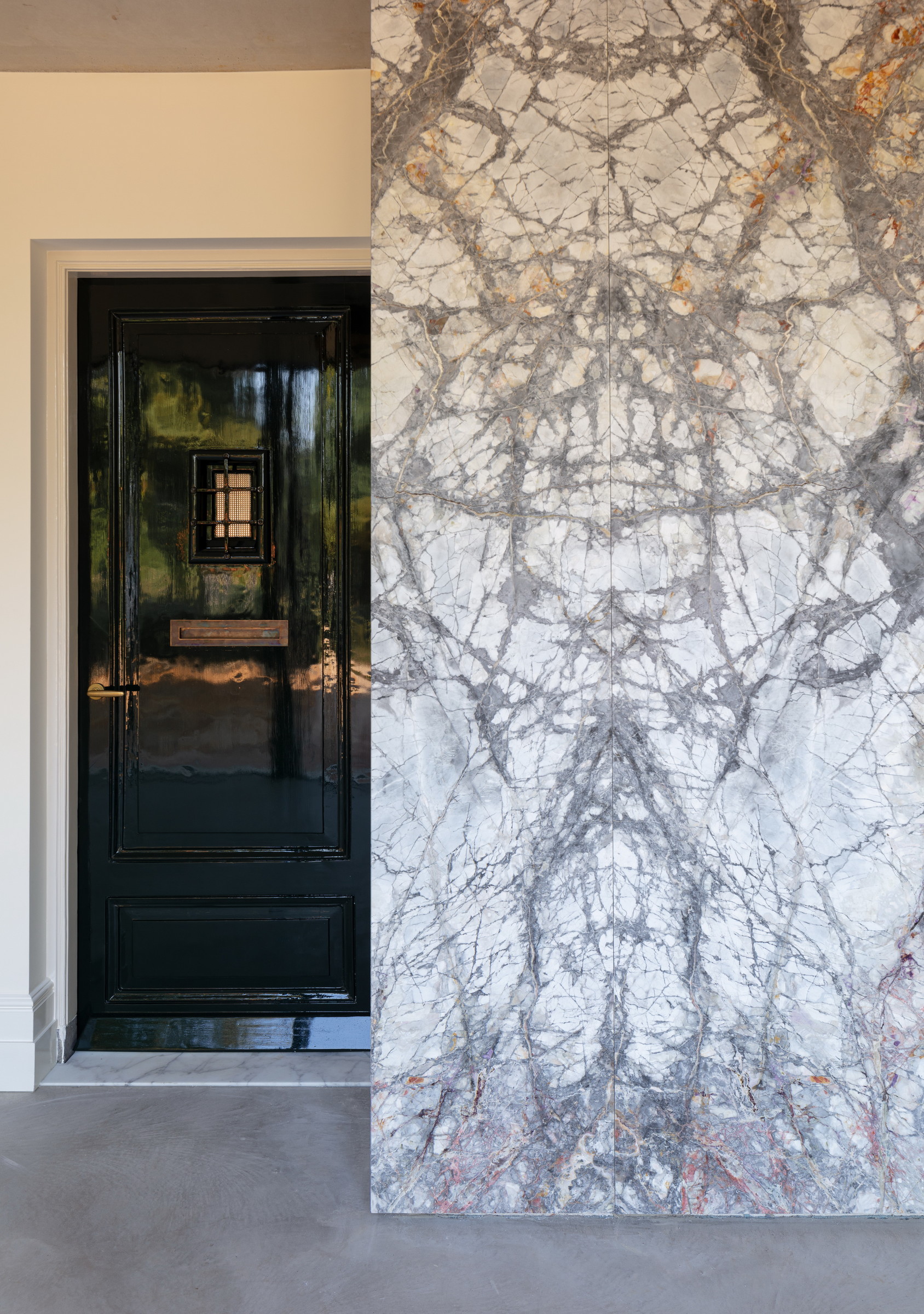 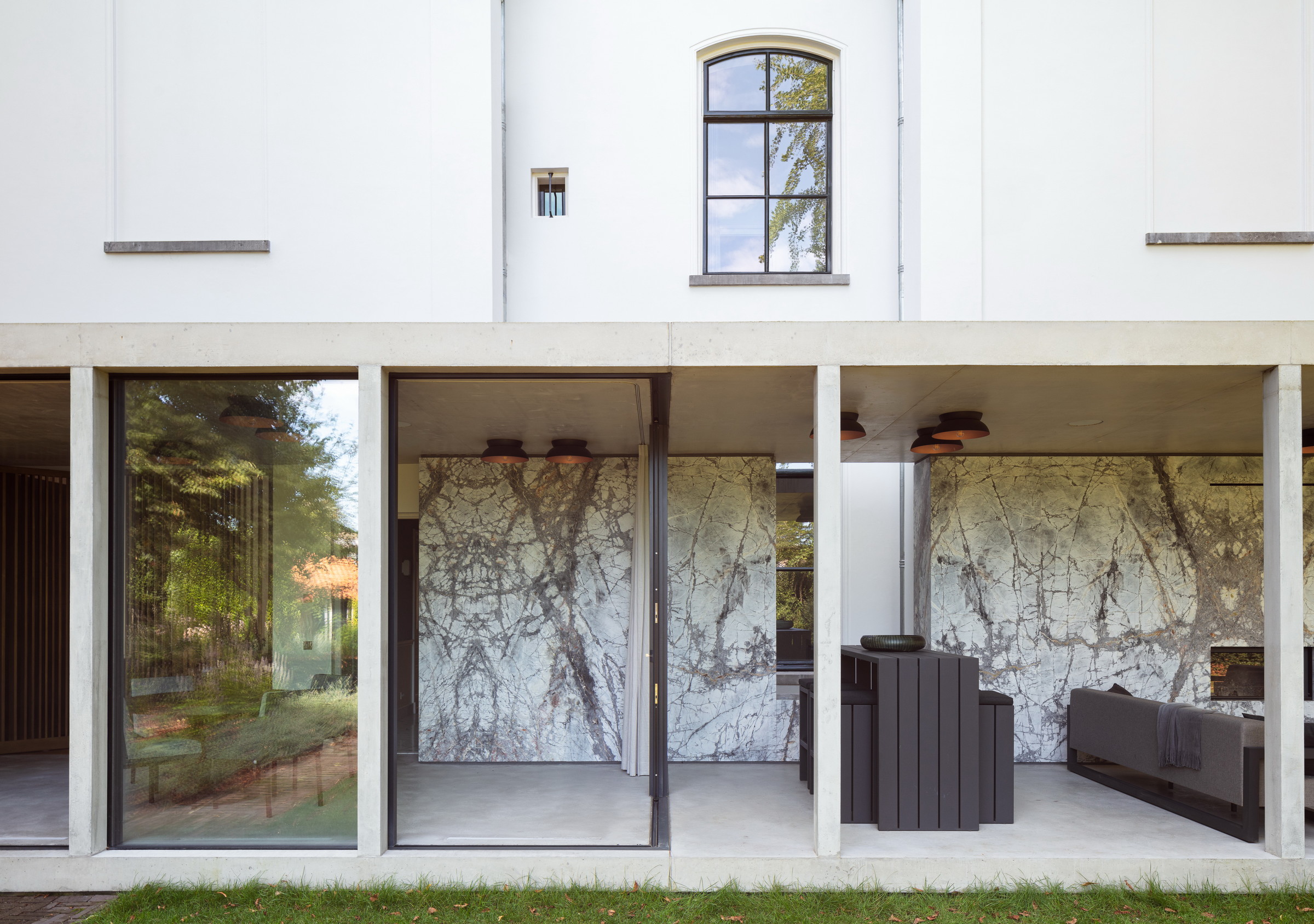 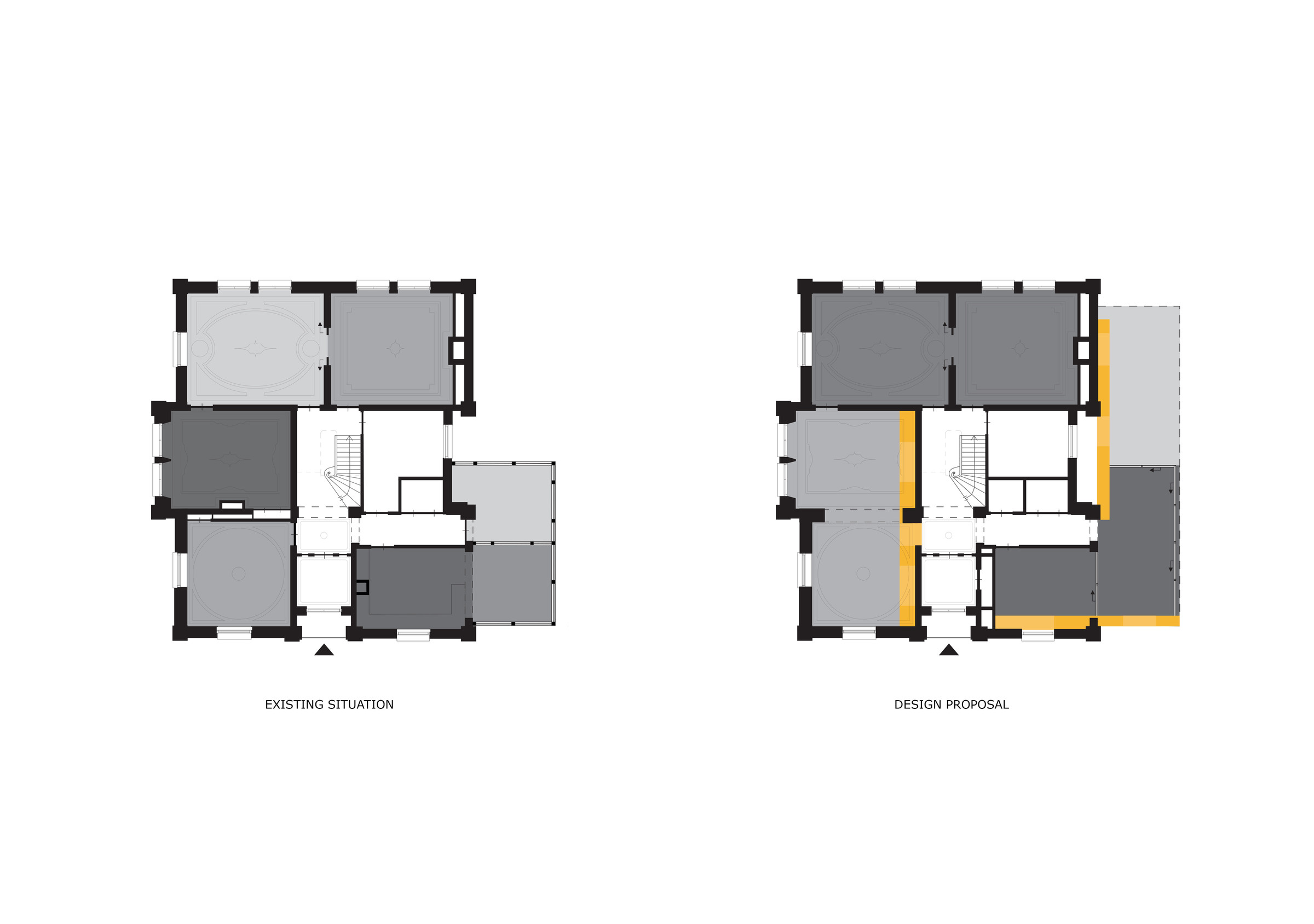 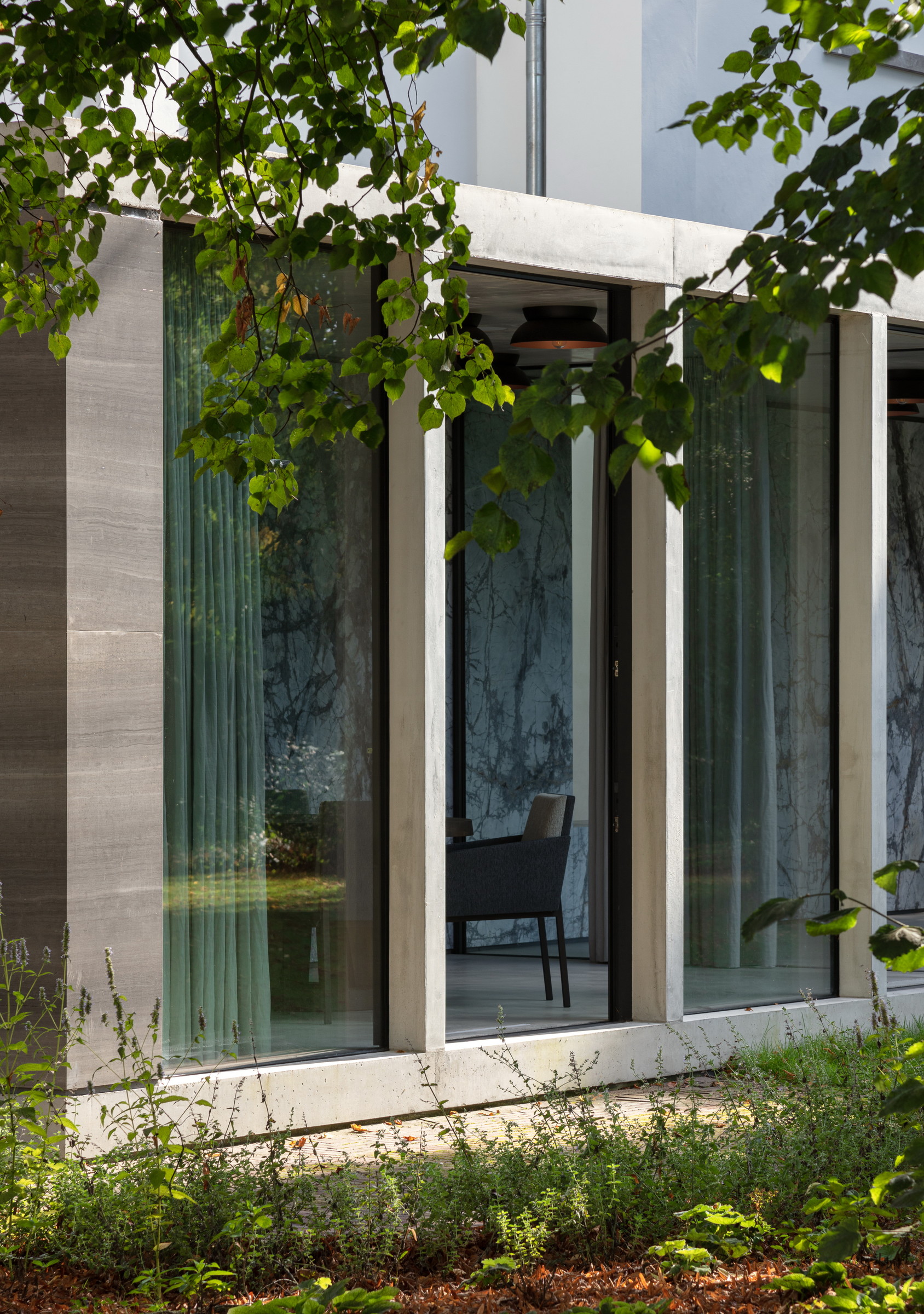 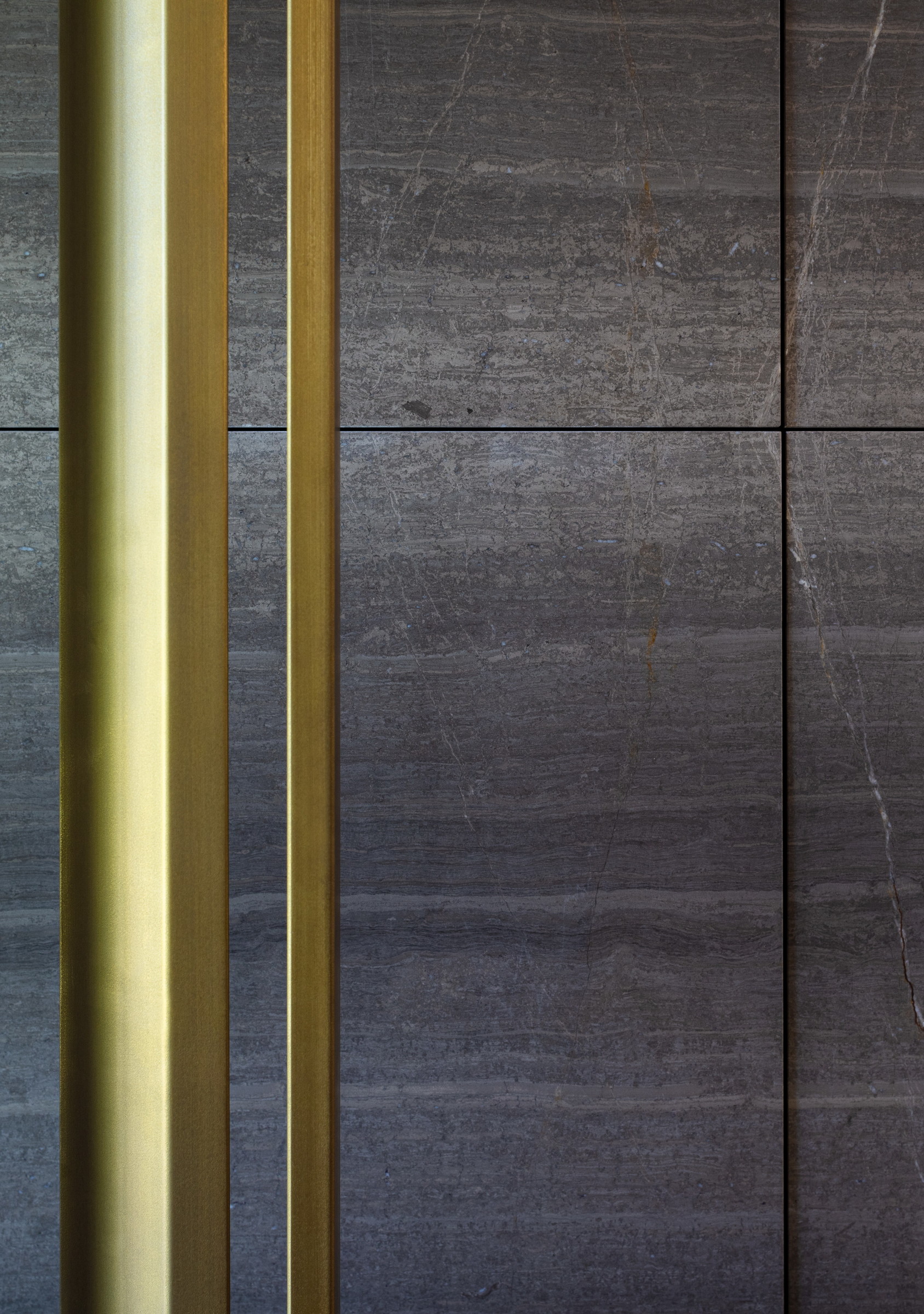 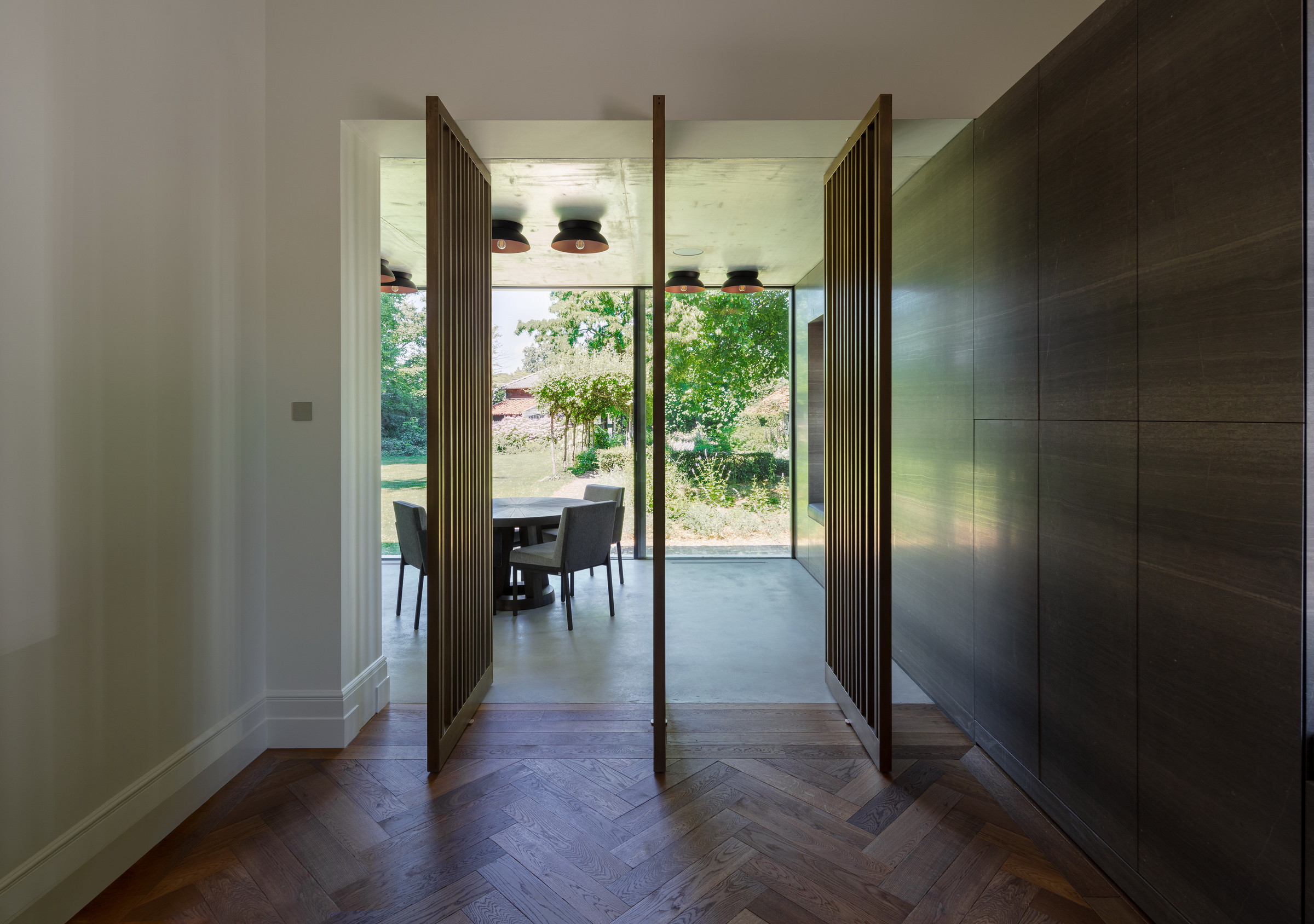 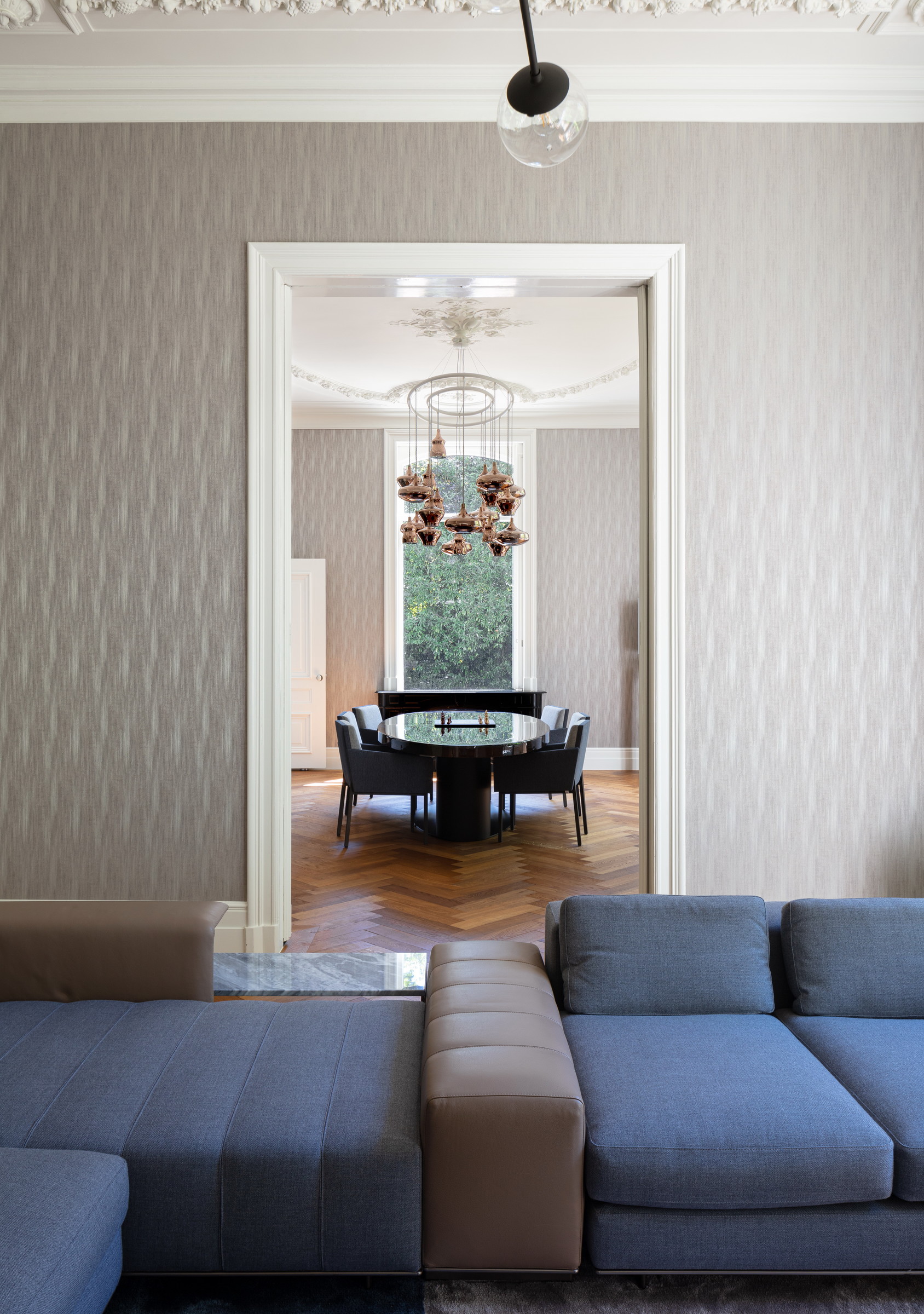 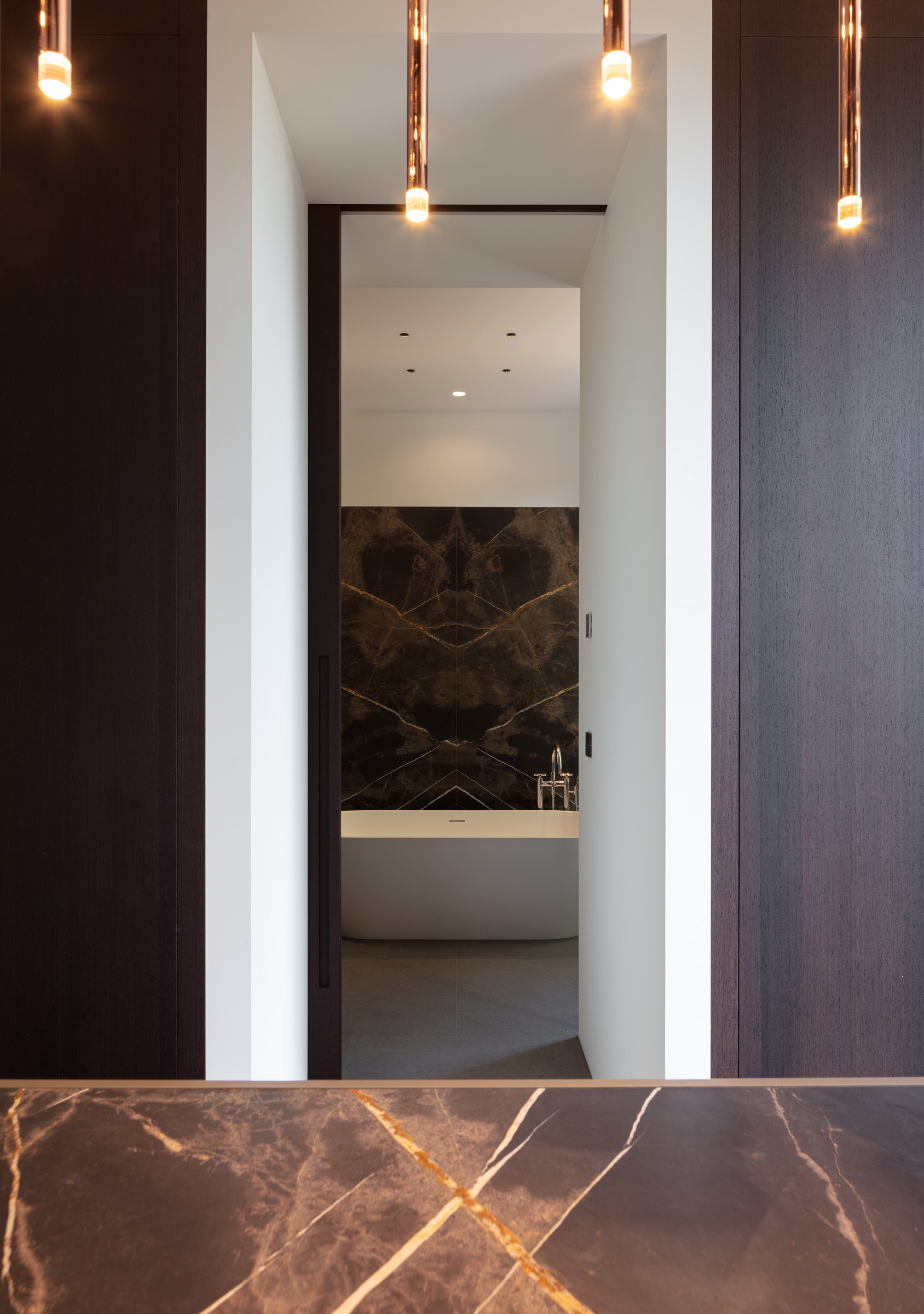 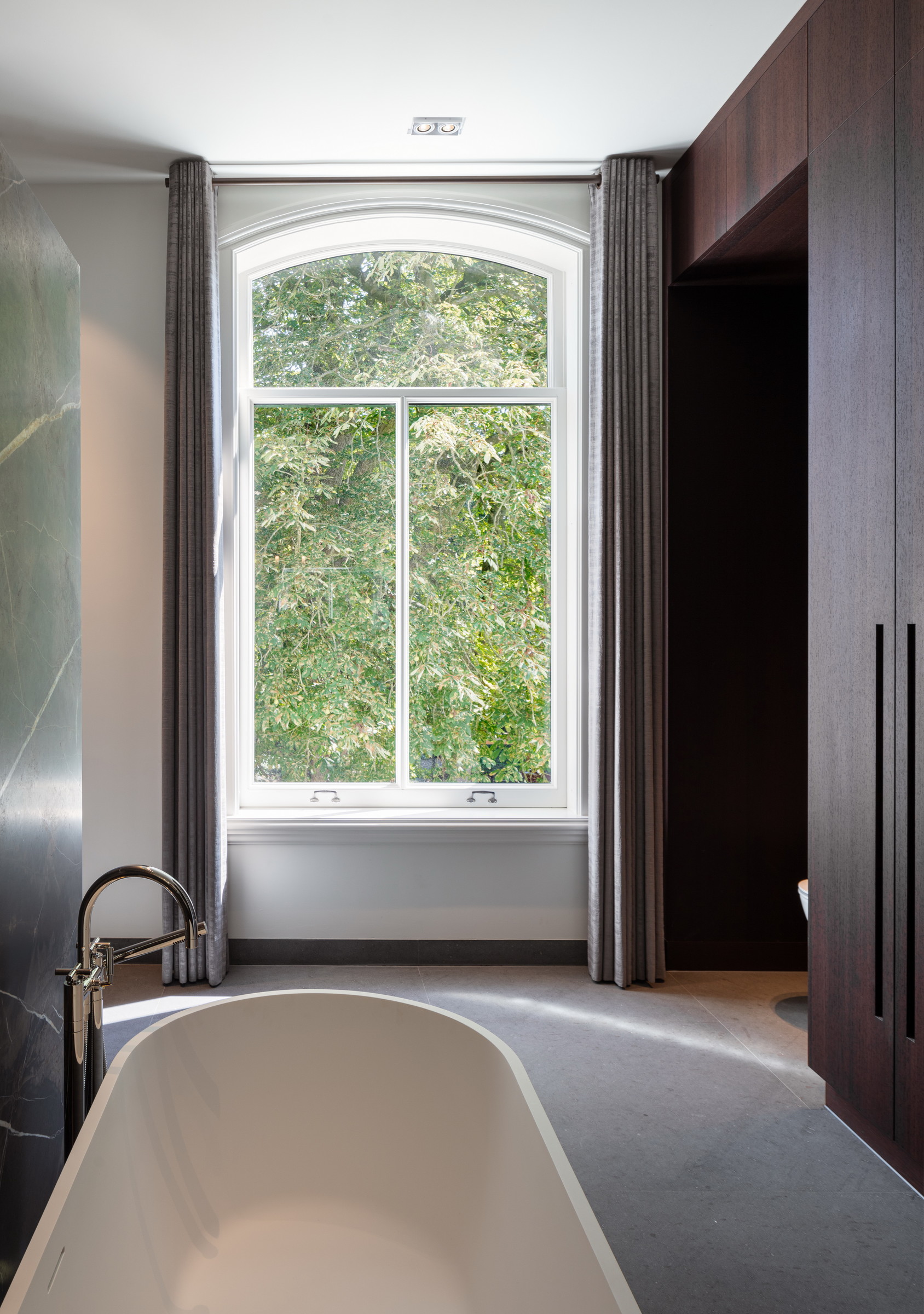 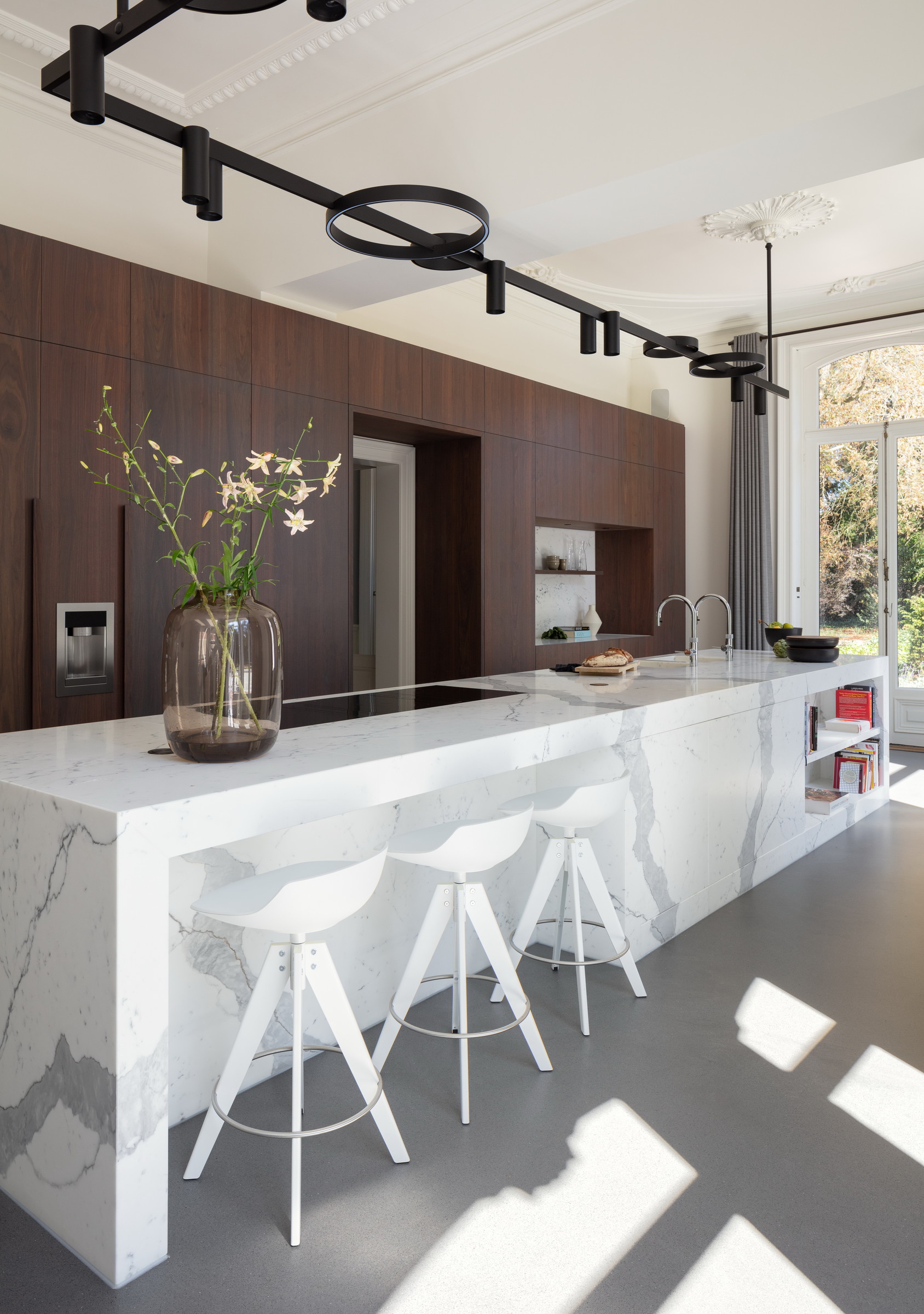 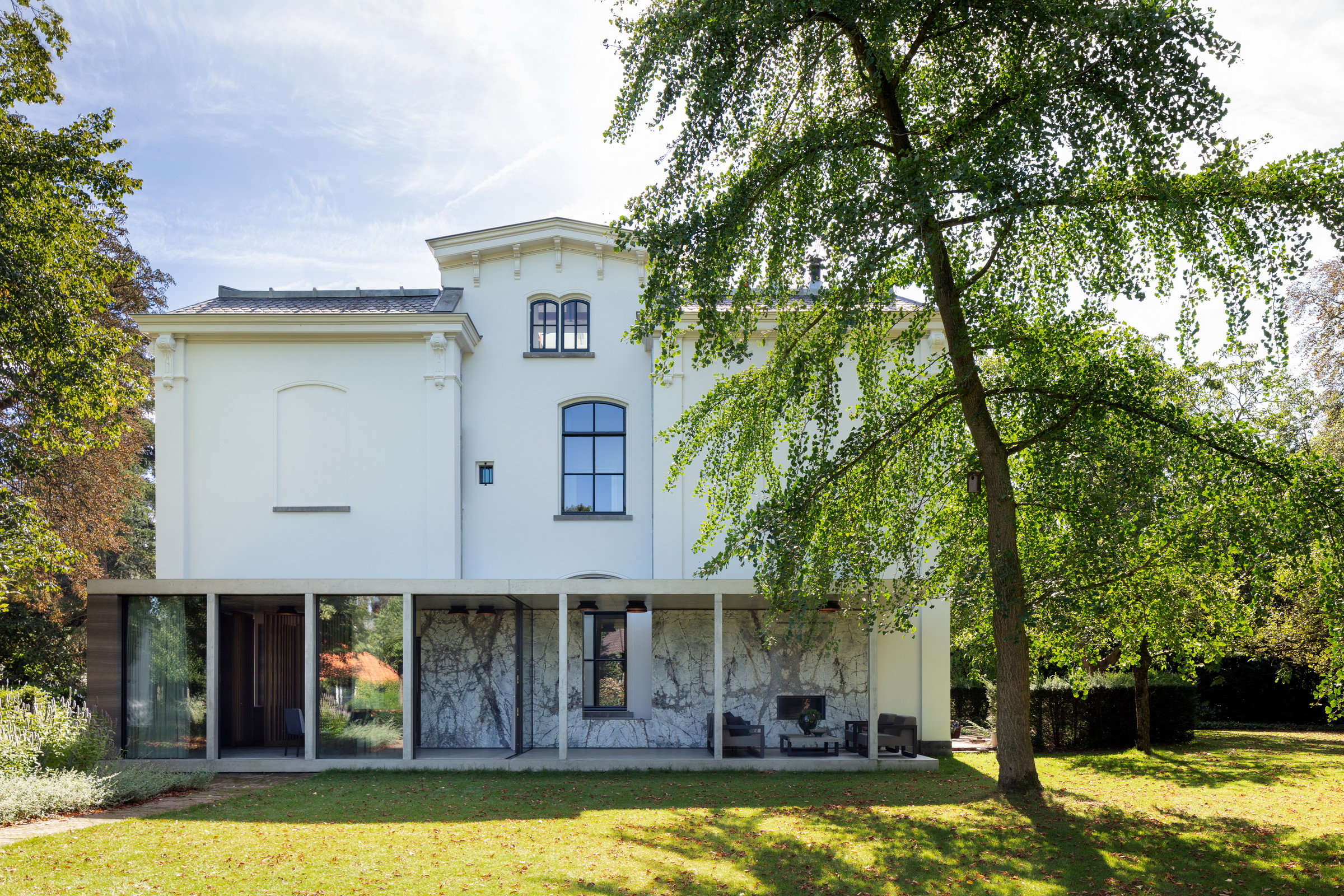